Moving to energy-efficient lighting more than just a bright idea 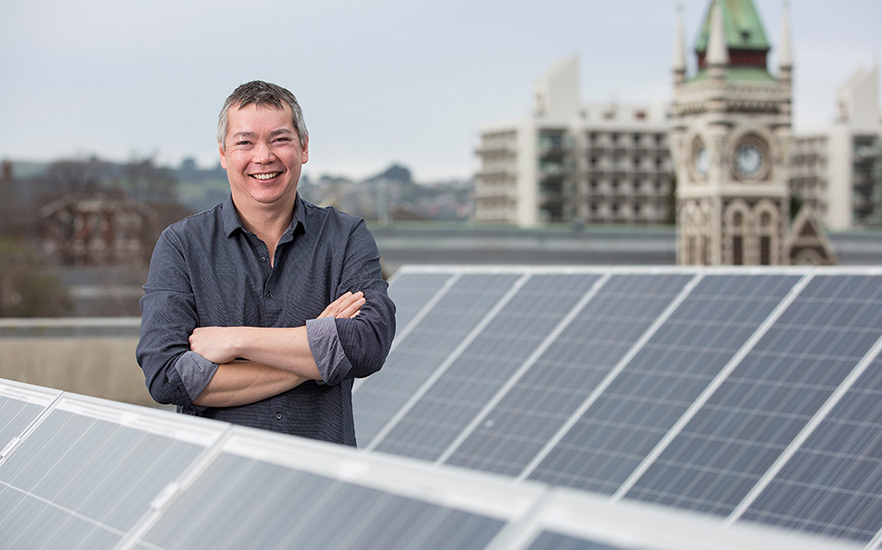 The research shows gradual uptake of more efficient residential lighting could reduce evening peak demand in winter (between 6 and 8pm) by at least 500 MW (9 per cent) by 2029 and reduce New Zealand’s total annual demand by 1 TWh: Huntly Power Station’s two Rankine Units (both coal and gas fired) have a combined generation capacity of 500 MW.

Report co-author and University of Otago Energy Programme Director Associate Professor Michael Jack says the research has important implications for both New Zealand’s electricity system, and for countries worldwide that want to transition towards 100 per cent renewable generation.

“Currently we depend on having coal and gas-powered generation that we can switch on to meet the highest peak in demand in any given year. This often occurs in the evening in the middle of winter when households have their lights on and heating turned on full. We cannot always meet that demand just from renewable generation as hydro lakes might be low, the wind might not be blowing, and there is reduced sunshine for solar generation.

“Ensuring winter peak demand can be met by renewables would mean building a lot of renewable generation or large storage infrastructure that’s only going to be used for a short period of time each year. That’s a really expensive and inefficient use of resources.”

Reducing winter peak demand would solve the problem by decreasing the need for extra generation, he says.

The researchers modelled the effect of a gradual move to a mix of LED and compact fluorescent lights in houses. It did not model commercial or industrial lighting, which could further reduce the peak.

“We were surprised to find the huge impact on winter peak demand that could be achieved simply by shifting to more efficient lighting. We used a simple technology substitution model, and didn’t account for potential behaviour changes or rebound effects, but even so it gives an indication of the value of looking ‘outside the box’ when planning for a 100 per cent renewable system,” Associate Professor Jack says.

Significantly lowering the annual peak (winter) demand offers an inexpensive way to help enable aspirations for higher levels of renewable generation. The need for either fossil-fuelled peaking plants or significant over-building of renewable generation and/or storage – which would only be used during periods of highest demand – would be reduced.

Jack says this is particularly relevant for nations seeking to reach 100 per cent renewable electricity supply because demand peaks are typically met by generation from fossil-fuelled peaking plants.

A second benefit is that it offers potential value to electricity distribution networks; permanently reducing winter evening peak demand may enable offsetting the cost of reinforcement of constrained lines, particularly where such investment would be greater than the decrease in revenue due to lower demand from more efficient technologies.

“It would have benefits for households as well. We estimate that household power bills would be directly reduced by around $100 a year. Also, it avoids the investment in new generation and distribution infrastructure that would have to be recouped through future power bills.”