Jonathan Lemalu – creating his own stage 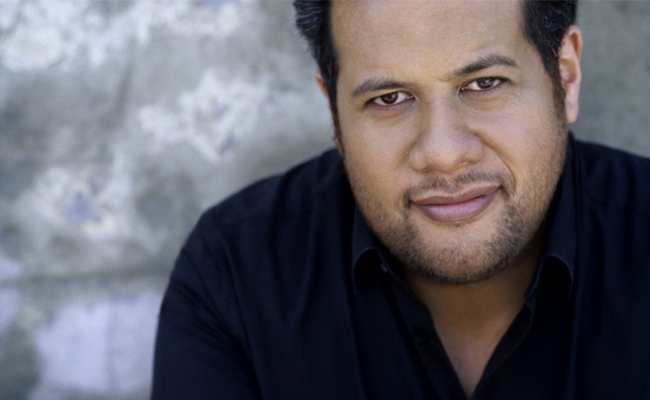 On a Zoom call from London just before Christmas, world-renowned opera singer and Otago alumnus Jonathan Lemalu doesn’t hesitate when it comes to describing the impact of COVID-19 on his career, his family and his health.

“It’s been brutal. There’s no other way to put it really. It seems like this year has been going on forever,” says Jonathan, who lost all his contracts and engagements from March 2020 onwards, as the pandemic closed theatres and opera houses around the globe.

“We’re exhausted as a family more than ever before. I feel like we’ve just been through the grinder, physically, emotionally and mentally.”

In April Jonathan, his wife Sandra Martinović, a Croatian-born counsellor, and their two children Joshua and Arabella, all contracted COVID-19.

Sandra was worst hit, with paramedics having to be called when she experienced breathing difficulties. Jonathan had a severe fever for six days and the children thankfully had lesser symptoms. He says it’s left them with a sense of caution.

“Because unlike chicken pox, once you’ve had it, it doesn’t mean you won’t get it again. It’s the unknown, medically and mentally, that is hard to deal with.” 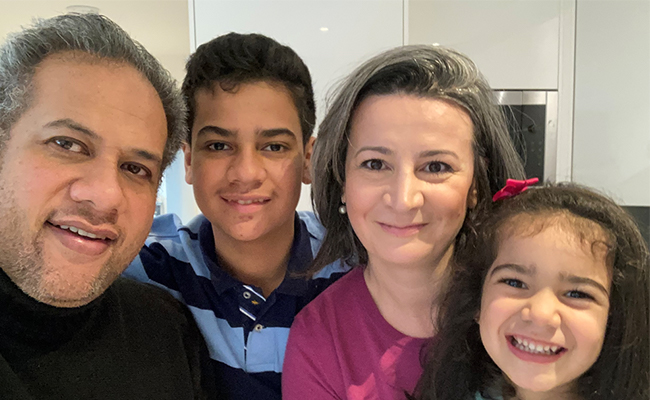 Jonathan Lemalu with his family Joshua, Sandra Martinović and Arabella.

In the last year, performers around the world have seen their livelihoods decimated by the pandemic, with crowds and gatherings of all sizes either severely limited or completely banned.

“Income-wise I haven’t really worked since March, apart from my teaching. All my performing contracts were cancelled or postponed or just lost.”

He’s hopeful the industry will be able to open up again in the northern spring of 2021, although at the time of speaking he’d heard further lockdowns were on the cards for January (which have subsequently eventuated in the UK), and he wasn’t placing any bets on a start-up date.

“It’s kind of weird, you try to remain optimistic to your students – you can’t say ‘you have talent and I think you could really do something if we had an industry’. Young artists’ programmes, hole in the wall opera companies you could wet your feet in, they’re on hold for various reasons. We’re all on hold a bit.”

“I’ve got a few things coming up in January and February and from spring onwards there are productions in the pipeline, some were postponed from this season and while everyone’s remaining optimistic, it won’t be real to me until I get on stage with a costume and an audience.”

He says the feeling of being in limbo and not knowing when things will really start up again makes it hard to get motivated to train.

“I remember chatting to a lot of professional singers or artists who said if it’s not real they don’t prepare for it, which is a really unprofessional way to see it and yet it’s interesting when those creative juices aren’t confirmed. There isn’t the motivation to pore over a score. Normally I learn that role, I perform that role, and I get paid for that role.”

He says he has been lucky to be able to continue to teach song and opera to undergraduate and postgraduate students in his positions as a Professor of Voice at Guildhall School of Music & Drama and his alma mater the Royal College of Music, although that also has its challenges.

“It’s kind of weird, you try to remain optimistic to your students – you can’t say ‘you have talent and I think you could really do something if we had an industry’. Young artists’ programmes, hole in the wall opera companies you could wet your feet in, they’re on hold for various reasons. We’re all on hold a bit.”

Mentally, the collapse of the industry and his own work diary has led to some bleak moments.

“It got really dark where you just didn’t want to read an email from your agent because inevitably it wasn’t good news. There was this tough feeling of losing identity.”

In response, he decided to do something positive for both his work situation and his mental health. In association with The Arts Foundation and NZ arts crowdfunding platform Boosted, he created what he describes as his own work opportunity, a four-part biographical series called Before and After Summer.

Just before lockdown in the UK last year he hired a church, piano, pianist and sound engineer, and with quite a lot of Kiwi ingenuity – which included doing all of the interviews at home in the kitchen on his iPhone during lockdown, having Sandra produce and shoot video clips in their central London neighborhood, and his sister-in-law editing post-production in Croatia – he put together the biopic series.

Over almost four hours of content, Jonathan details his musical journey from a 10-year-old Dunedin chorister to a Grammy award-winning operatic bass on the international stage. The series includes 17 newly-recorded songs and arias, as well as interviews and Q&A. The personally written script gives a candid insight into his journey in words and song. 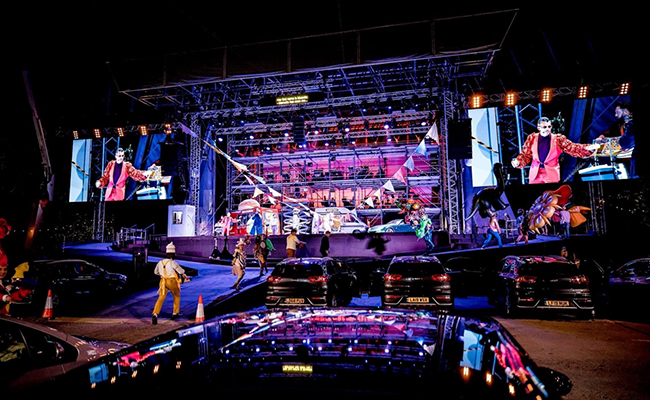 Before and After Summer was launched in mid-November, with a new episode released each week for four weeks. The initial fundraising target for the project was $20,000, which was exceeded by the time the series finished in December.

“I was initially quite cautious of doing it because it just sounded like I was asking for money, which is not something that I’m used to or comfortable with,” Jonathan says.

“But there was a really nice outpouring of ‘well done for not just sitting there and complaining’. I think there was a lot of support for the fact we had tried to think outside the box, to not conform, and it ended up being hugely satisfying on many levels, and also a huge relief when the last episode was finished!”

He says the Boosted team was awesome.

“It felt very communal and collaborative, and it was essentially a NZ-based project. I got lots of support from abroad, but I wanted to connect with and show my connections to New Zealand.

He says he strongly felt the “tree of information and support” in New Zealand. “Being able to tap into that has been really fun, because it’s reignited friendships, which in my business are hard to maintain with regularity. I’ve just really enjoyed the journey of reminding myself how I got here.”

“It’s very much about maintaining presence and waving at people. I’ve managed to get some jump-ins which has been really useful. I did La Bohѐme as a jump-in gig outside at Alexandra Palace carpark.”

He now also has a whole new skill set and a renewed sense of appreciation for the different roles in making a production, as he did everything from write, perform, co-produce and record the series, to promoting it around the world. “I’m essentially used to walking onto a stage and set and it’s all ready for you.”

During the year he also decided to study for a Postgraduate Certificate in Higher Education Performance Teaching at the Guildhall.

“It has been a nice bit of focus to develop my teaching skills, although last time I wrote an essay was for my Law degree in 1999.”

The study is a big undertaking, but it has given his day some structure. And the essay-writing is coming more easily than when he was a student at Otago. Jonathan describes his Law degree as “the biggest achievement for me bar none, because it just didn’t come easy”. He has always kept in touch with the Faculty of Law and visits whenever he is back in Dunedin.

He also has very fond memories of his time at the Music Department (now the School of Performing Arts), valuing the friendships, collaborations, joy and fun in his studies, which can sometimes be lost when you work full-time at a high level with the associated pressure and expectation.

He had pressure to go to London in 1996, but his mum and dad insisted he finish his law degree.

“I felt it was a great achievement and it gave me two more years. I was much more ready when I got to London. I don’t think I would have been as successful if I’d gone early.

“I keep in touch with a lot of friends from law school, music school and the community – I do love coming home, bringing the family, going for a wander along St Clair beach, having pancakes at Capers or coffee at Vogel St Kitchen.”

Jonathan was born in Dunedin and he tries to return with his family each year to visit his parents, although they had to cancel their visit in 2020.

One consequence of the pandemic he is enjoying is not flying around the world all the time and being able to stay at home and be the “pick up and drop off dad”. Sandra is also studying, for a science degree in humanistic counseling.

“I’ve enjoyed not being the focus. Singing is quite a selfish job and supporting my wife and kids as they achieve has been really satisfying.”

He tries to make sure the London opera houses know he’s ready to work as soon as business picks up.

“It’s very much about maintaining presence and waving at people. I’ve managed to get some jump-ins which has been really useful. I did La Bohѐme as a jump-in gig outside at Alexandra Palace carpark.”

The event in September, staged by the English National Opera, was hailed as Europe’s first live drive-in opera.

“It was the only time I’d performed since the end of February, and it was an absolute hoot to see old friends and reminisce on what we use to do all the time. Tooting horns and flashing car lights for applause was a welcome new experience. We felt like rock stars.”

You can watch the final episode of Jonathan’s Before and After Summer series on Youtube.