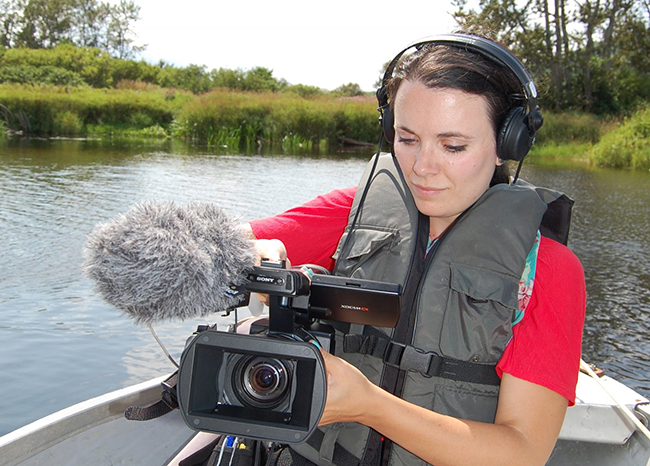 The links between Chinese Buddhist monasticism and filmmaking may seem obscure, but not for new Religion programme lecturer Dr Lina Verchery.

Dr Verchery specializes in the ethnographic study of contemporary Buddhist monastic life in China and throughout the Chinese diaspora. As part of her ethnographic research she has produced several award-winning documentary and multimedia works.

She is looking forward to teaching remotely from March, and relocating to Dunedin from Canada as soon as COVID-19 restrictions allow.

“I was very excited to accept this position at Otago and was already impressed by the institution's academic rigor and international reputation, and I had several friends in grad school who were Otago alumni!.

"The friendliness and warmth of the Religion Programme faculty, all of whom are doing remarkable research, was another major draw. Last, but certainly not least, the prospect of living in New Zealand and getting to explore its incredible ecology, biodiversity and culture was hugely attractive.”

In the first semester, Lina will draw on “some of her favourite material to read and teach” in papers on the Body in Asian Religions and Mahayana Buddhism. In semester two she will offer another favourite, a class on Zen Buddhism.

She holds a certification in Critical Media Practice from the Harvard Sensory Ethnography Lab and her work has been broadcast on television networks and in film festivals around the world.

A shot from The Trap

Her films often explore religion in the context of her ethnographic research with religious communities; The Trap/La Trappe, a short documentary, is about a French-Canadian lobster-fishing community on a remote island in Nova Scotia who live next door to a Buddhist monastery. Every year, the Buddhist monastics buy the last catch of lobster from the fishermen and release them back into the ocean.

“To me, the film is about religious, linguistic and cultural difference, but also about how we are united by virtue of our connection to nature and our common experience as mortal beings who live and die, whether we happen to be humans or lobsters.”

Watch the film at: https://www.nfb.ca/film/trap/

Dr Verchery also offers classes on media ethnography and how to use film and video as a research tool.

Her films have received funding from the Andrew W. Mellon Foundation, the National Film Board of Canada, the Harvard Film Study Center and the Radcliffe Institute for Advanced Study. Dr Verchery has received several awards for distinction in undergraduate teaching from Harvard University, where she was a Frank Knox Fellow. Prior to joining the University of Otago, she was Visiting Assistant Professor of Asian Religions at Union College in New York.

Her current research is an ethnographic study of Chinese Buddhist responses to the climate crisis, specifically examining its ethical and existential significance through the lens of neo-conservative understandings of rebirth, eschatology and Buddhist cosmology. 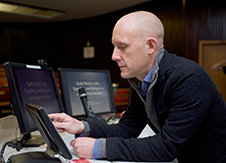 “Lina has won teaching awards at Harvard University and is an award-winning documentary filmmaker. She excels in both the classroom and in engaging the public on issues of broad social significance. She will, undoubtedly, be a valued member of staff.”

Complete details on Lina’s research, publications and films are available at www.linaverchery.com.

BELOW: Watch a recent University of Toronto Zoom presentation on practical tips for students who want to incorporate media into their academic research.