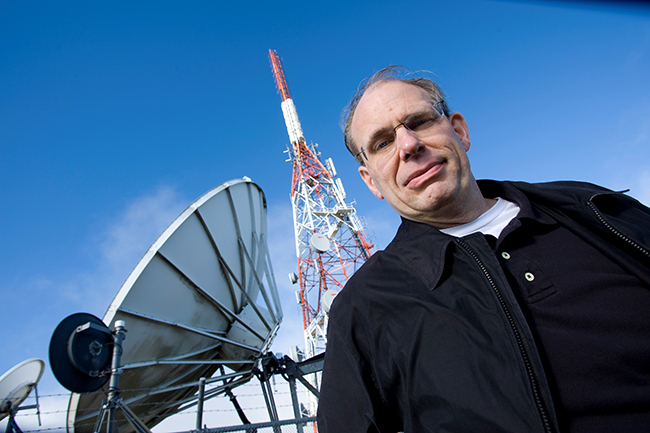 Hugh has been awarded the Charles A. Lindbergh Chair for the second time and will take up the twelve-month Fellowship in July 2022 if COVID-19 restrictions allow. The Chair comes with a US$100,000 stipend, a US$5000 research grant, and partial funds to cover living expenses in Washington, D.C.

His first tenure in 2010 to 2011 led to a book, entitled Beyond Sputnik and the Space Race: The Origins of Global Satellite Communications, that is currently in press with Johns Hopkins University Press.

The title of the new book project supported by the new award is The Global South in the Space Age: Satellite Communications and 'Developing' Countries, 1964-2001.

Hugh is thrilled at the opportunity to continue research in this area and build on his analysis of the establishment of the first global satellite communications system, the International Telecommunications Satellite Organization (Intelsat).

“The first project mainly focused on the Cold War period during the 1950s and early 1960s (through 1964 when Intelsat was founded), and specifically analysed the importance of the establishment of Intelsat for understanding the history of the United States in the world during this period. All countries were invited to join the international consortium; most eventually did. Intelsat had a monopoly in international satellite communications for approximately three decades before being privatized in 2001.”

The project also examined the efforts of US officials to assert global geopolitical leadership during the Cold War, specifically by projecting their own vision on the world through the establishment of Intelsat.

The new project will be ground breaking because, unlike most studies in the field, it will cover the period after 1964 and will have a global orientation, focussing on countries in the “Global South” and their relationship with the Global North (which is often defined as wealthier nations mainly in the Northern Hemisphere, but also including such Southern Hemisphere countries as New Zealand and Australia).

A feature of the research will be how the US initially pledged to use communications satellites to facilitate economic and social development in poorer nations and to allow newly independent 'developing' countries to gain communications independence from former colonial rulers. Hugh will examine whether this promise was honoured in a way that benefitted the Global South.

He plans, for example, to explore the efforts by 'developing' countries near the equator, particularly the Pacific Island nation of Tonga, to claim legal rights to orbital 'slots' in a special orbital belt for geostationary satellites located over their territory. Geostationary communications satellites were especially valuable for their ability to transmit signals over large regions of the planet, and Global North countries had initially not considered potential legal claims from these developing countries near the equator.