The work of two Division of Humanities academics on progressive planning by Indigenous communities and the importance of te reo Māori has been recognised by the Royal Society of New Zealand. 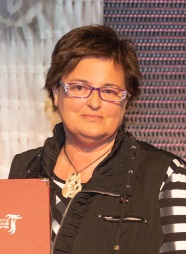 The Royal Society praised Thompson-Fawcett’s research for its “provocative conceptual nature,” and its focus on Indigenous methodologies and self-determination, its discussion of evolving Indigenous planning fields, and its work on impact assessment, cultural landscape protection and papakāinga development.

The Society also noted the interdisciplinary nature of the research and how it has provided a global collective platform for Indigenous groups to communicate in the emerging international space of Indigenous planning and development.

Professor Thompson-Fawcett says the significance of being made a Fellow is the “signal it sends about potential and pathways to those who are coming through after me.”

“The passion for my research is derived from, and continues to be driven by, the Indigenous communities with whom I work. Their steadfastness and commitment to bring about transformation in society despite relentless roadblocks is exceptional, and I cannot help but be uplifted and inspired by that.” 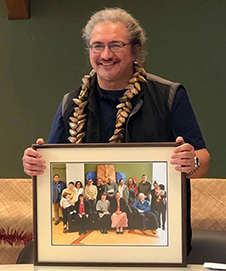 An acknowledged master of te reo Māori, Professor Rewi always taught advanced-level language classes and was highly sought after as a supervisor by postgraduate students in Te Tumu. In 2012 he received the OUSA Supervisor of the Year Award.

The Royal Society commended Professor Rewi’s contribution to new knowledge which had “generated new international linguistic practices.” The Society also praised his work with Professor Rawinia Higgins on the Zero Passive Active Māori language revitalisation model, which has now been incorporated into policy and used to inform new legislation: Te Ture mo Te Reo Māori (Māori Language Act 2016) and has been implemented to accelerate the learning of te reo in schools. 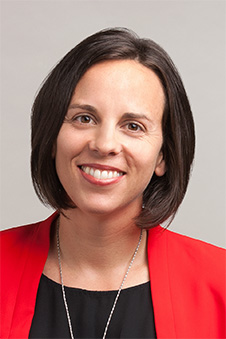 “Whakamihi to Professors Michelle Thompson-Fawcett and Poia Rewi – their appointments are well-deserved. Their research and teaching both communicated the value of the Humanities and make a meaningful impact globally. The Division is very grateful for the contribution Professor Rewi made to Otago while with us at Te Tumu and we are the beneficiaries of Professor Thompson-Fawcett’s research and leadership within the School of Geography Te Iho Whenua and in her role as Associate Dean Māori for the Division.”