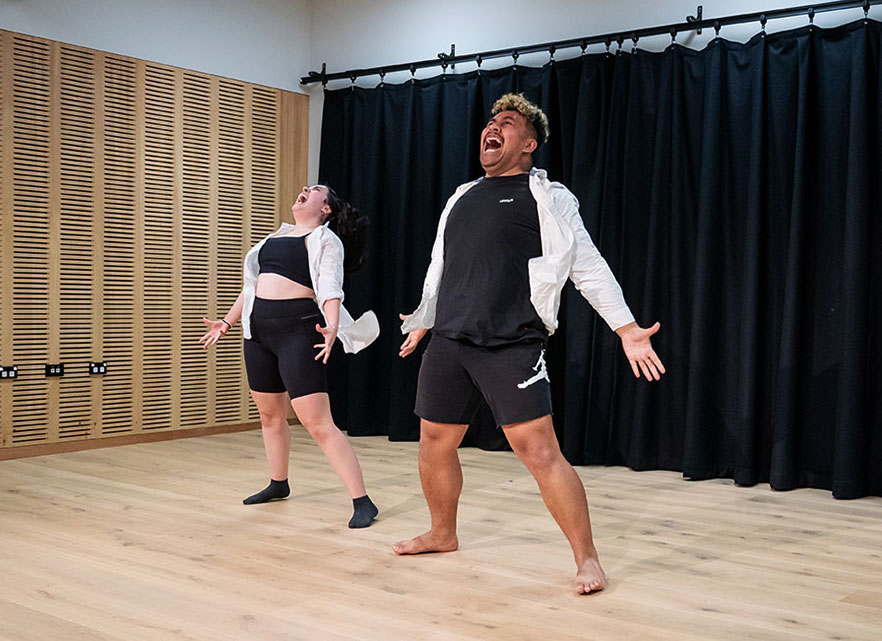 Staff and students have enjoyed using the $26million centre’s new recording studio, rehearsal areas and associated facilities since early 2020. Its official launch was delayed several times due to COVID-19 restrictions.

Deputy Vice-Chancellor (External Engagement) Professor Tony Ballantyne says the project, which began in 2018 when he was Division of Humanities Pro-Vice-Chancellor, reaffirms Otago’s commitment to performing arts. 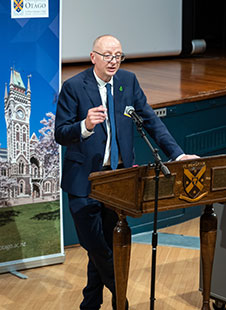 “Previously, the amazing activities of our students and staff were spread across the Dunedin campus, so supporting a state-of the-art facility was a way to stay at the forefront of performing arts education nationally, and provide a focal point for students and staff to perform, record, and produce music and dance works.”

“The new centre also benefits the local community, who will be able to enjoy public performances. While COVID has disrupted this vision, we are excited about what can be accomplished in future and think this only adds to Dunedin’s standing as an outstanding centre of culture and learning.”

“Importantly, they have been able to collaborate and network in ways they could not previously, both within the University and with external partner organisations, which will create valuable future career opportunities.”

Construction company Naylor Love was engaged to build the two-storey structure and earth was broken on the project in late 2018.

The facility houses nine purpose-built studios – including an industry-leading studio that can host performances for an audience of more than 100. A gantry around the upper interior walls can be used to hang microphones, lighting, video screens and speakers, and has positions for cameras.

Next to the main studio is an industry-level main control room and two isolation booths for recording. The building features several teaching and performance spaces for dance, theatre and music, and communal areas for students to collaborate and showcase their work.
Cultural engagement with Ngāi Tahu conceived a narrative of birdsong and each studio space has a distinct colour scheme based on the feathers of individual native birds. 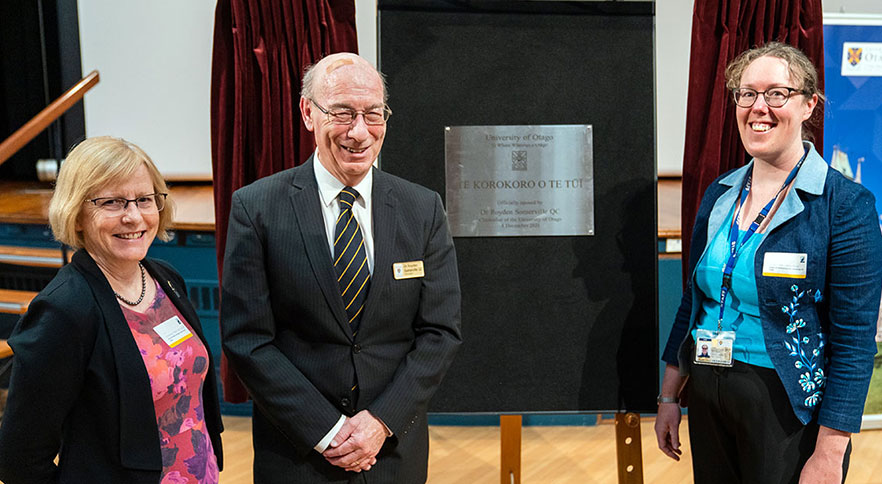