The secret kept for 70 years 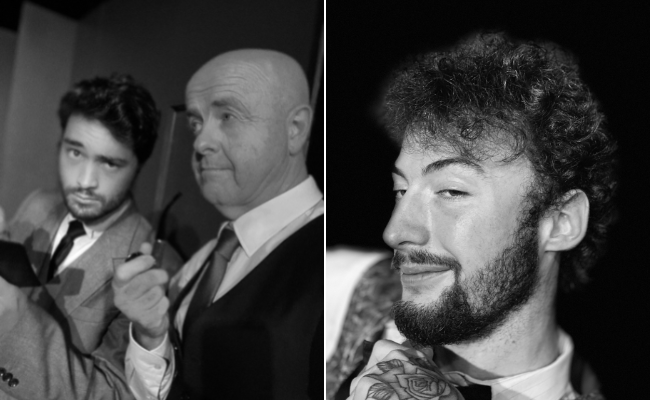 Chris Cook, Brent Caldwell and Zac Henry in The Mousetrap.

Local Dunedin performers are preparing to take centre stage in Agatha Christie’s The Mousetrap. This year marks the play’s 70th birthday at The Playhouse Theatre. Cast member and School of Performing Arts student Zac Henry is full of nerves waiting to be on stage after so many local shows were cancelled earlier this year.

“We are never really certain whether or not there's going to be another outbreak or we are going to be put back into a lockdown type situation. So while getting back onstage is fantastic, sadly not enough performances have got this far, so we can consider ourselves extremely lucky."

Agatha Christie herself requested reviewers avoid revealing the murderer in their reviews and for The Mousetrap the audience were always politely asked to keep the show's secrets once they left the theatre. Over the years thousands of audiences have agreed, and the reward is a shared secret amongst those who’ve seen the show.

Honours student Chris Cook feels great honour in being able to continue the legacy of such a famous show.

“It’s a massive undertaking; not only to be trusted with age old roles, but also the secret of The Mousetrap. What an honour it’s been and it’s only something someone who has been involved with or seen the play would understand.

“After having had many productions be affected by COVID-19 in the last two years it’s been massively refreshing to be involved with another show that’s on track to being enjoyed by the public.”

You can catch the classic whodunnit on stage for a limited season, opening Thursday 19th May.