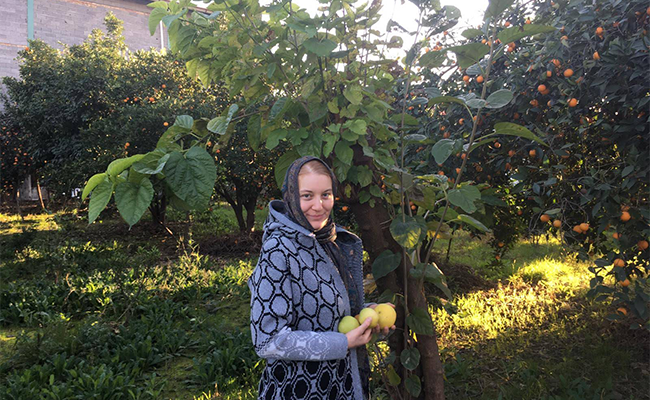 An Otago student would love to see Aotearoa New Zealand’s children planting, harvesting, and preparing their own food from gardens in schools.

Master of Peace and Conflict Studies student Jamie Cave is writing her dissertation about how Ukrainian refugees are being received by Europe compared to the reception of Syrian refugees in 2015.

“Having my research focused on refugee issues is part of a reoccurring process where I feel like I want to identify, or better understand, vulnerable communities and the people I want to help through my work. This research is an opportunity to do that.”

While studying for her master’s, Jamie has trained with the Red Cross and will help with the settlement of refugees in Dunedin. 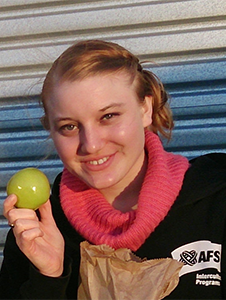 Jamie already has a graduate diploma in early childhood education (ECE) and is a registered ECE teacher. She completed her undergraduate degree in intercultural studies at Kobe University in Japan in 2016, and it was there that she first heard of Alice Waters.

“I ended up focusing on world food systems and a woman called Alice Waters. Not a lot of New Zealanders know about her, but she is sort of the equivalent of Jamie Oliver in America.”

She is credited with introducing America to the Slow Food revolution and trying to change the quality of food and how it is consumed, Jamie says.

Slow Food is a movement that promotes local food and traditional cooking.

As a chef, Alice founded the restaurant Chez Panisse in Berkley, California, in the 1970s and it was “very different to anything else at the time”, Jamie says. “Through that restaurant, Alice changed the food scene in America for what I believe is the better.”

Alice was also a Montessori teacher, and she established gardens in schools so students could learn all about planting, harvesting, and preparing their own fruits and vegetables.

“They had the opportunity to eat nutritious food at school which was not what a lot of children in America had access to.”

If COVID-19 restrictions allow, Jamie hopes to dine at Chez Panisse in July this year.

“It’s been a dream that I didn’t really expect was ever going to come true.”

Unfortunately, Alice will not be on-site during July, but the staff have offered to reserve Jamie a table, and she hopes there might be someone else she can talk to, as Alice’s Edible Schoolyard Project offers programmes for teachers on how to implement gardening and cooking education in schools.

“When children grow and harvest the food themselves, they then have more interest in it.”

Jamie says the New Zealand Government is trialling a food in schools programme whereby all students would be able to have meals at school.

“I’m hoping that’s the future for New Zealand because there’s a huge home-grown issue here with children in poverty.” 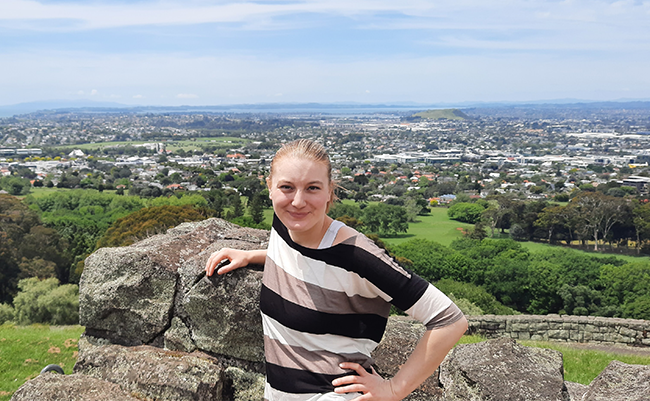 Jamie says children struggle to learn at school when they are hungry.

As an ECE teacher, she saw first-hand the effects of children coming to school hungry.

“Often that means teachers will try and feed children using money out of their own pockets, which is not ideal.”

Programmes such as Kids Can are amazing as they enable teachers to cook for their students, she says.

“But I think it’s best having actual gardens in schools so children can learn what food is, and how to cook it as well, because that’s an art that’s being lost.”

“It’s one method in ensuring children come to school and aren’t hungry, because if you’re hungry, you can’t learn.”

Helping put this idea into motion is just one of the many things she is considering doing once she graduates with her master’s.

“Although my dissertation isn’t directly linked to education, my underpinning idea is using what I gain from the research -an understanding of bias, and utilising that understanding to better be able to respond or formulate interventions in education,” she says.

Jamie attributes her passion for peace to a student exchange she did through AFS Intercultural Programs, an organisation that is based on the idea that intercultural exchanges gift students with the competence to create a peaceful world.