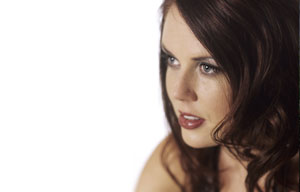 Anna Leese is an opera/classical singer who graduated from Otago with a Bachelor of Music (MusB), first class Honours. She has since completed the Royal College of Music London Postgraduate Diploma in Advanced Opera Studies.

One of the main reasons that Anna came to the Department of Music at Otago was because she had heard such great things about the department. "I wanted to learn from Isabel Cunningham and had heard that the department was very good."

Anna says she gained many things from her studies at Otago, but a few stand out.

"My studies in the Music department really instilled discipline in me. If a singer has no discipline, they won't go far as the job required a lot of self-motivation and practice."

As a singer she was encouraged by the department to take some language papers. "In New Zealand we are at a bit of a disadvantage because we're so physically isolated from Europe and don't get much exposure to a range of languages. I took some German and French papers and am glad I did. They have been very useful."

At Otago, because Dunedin is a relatively small city, there are more openings available to you than in a big city. "In Dunedin if you do well there are so many opportunities to be in the lime-light. By the time I left I had been involved in a number of performances and had been interviewed a few times too. It was all good practice."

Anna says that the University "was on my side" when I was time to take the next step. "I am grateful to the University, they were very, very supportive and helped me find funding for further studies."