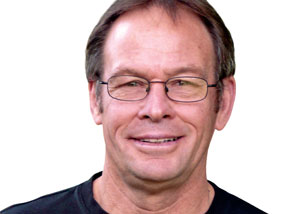 If Robert Peden had his way, he would start on another PhD tomorrow. “I loved every minute of it,” he says. “It was an absolute privilege. It was one of the most challenging, rewarding, satisfying and interesting things I have ever done.”

Robert came to Otago to work with landscape history guru Professor Tom Brooking. After attending university for the first time in 1969, Robert spent most of his adult life working on high country sheep stations. He returned to academic life in 1999, completing Honours and Master’s degrees in history before launching into his PhD in the agricultural transformation of New Zealand’s tussock grasslands.

So if Robert found the PhD experience a bit isolating, at least he was used to it. “It is a bit hopeless though. No one else has the slightest idea what you’re up to. You can’t even start up a conversation at a party – people’s eyes just glaze over!”

But no matter what others might think of your project, Robert insists that it needs to be fascinating to you. “Make sure you choose something with enough juice to get you through to the end.” He warns against being lured to projects with research funds attached, that may not be of your choosing. “Remember, you have to live with this night and day. And it needs to be your project – you are investing so much into it and you need to feel free to pursue interesting lines of study should they arise.”

But with that comes Robert’s further words of wisdom, “Sort out your research questions as soon as possible. If you keep it too open for too long there’s a great deal of opportunity to become sidetracked. It’s an easy way to lose time.”

Robert says he came into the project with a clear idea of what he wanted to achieve, and the momentum of the study carried him along. While he did go through a distinct “writing up phase” at the end of his thesis, he wasn’t starting from scratch. He’d had a journal article published, four chapters started as conference papers and further work doubled as a book chapter.

The worst thing about the project was finishing, recalls Robert, who now works freelance as a researcher and writer for government departments. He was awarded the Claude McCarthy Fellowship to write a book based on his thesis. “I went through some post-thesis blues, definitely. I had lived with this all-consuming project, this passion, for years, and suddenly it was gone.”

Robert’s thesis has been formally recognised by the Division of Humanities as being of exceptional quality.