More than half of aged care residents are not eating enough and are missing out on essential vitamins and other nutrients despite being offered a variety of food, Otago research shows.

A recently-published study, From Menu to Mouth, is the first to examine New Zealand data on the nutrient intakes of aged care residents and the only study to observe the complete decay rates of nutrients from when a meal is planned through to when it is served and consumed. 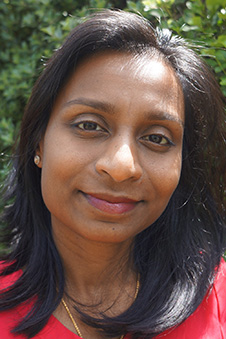 Lead author Wathsala Nanayakkara, who undertook the study with a team of University of Otago researchers, says studies examining nutritional intakes of aged care residents are scarce, despite a high prevalence of malnutrition in nursing homes and a rapidly aging population worldwide.

“We hope our study will raise awareness among the general public that over half of aged care residents do not consume adequate calories or energy and protein to maintain their body weight and muscle mass,” she says.

The study found key nutrients such as protein, fibre, water, vitamins A, E, B12, folate, calcium, iron and zinc were suboptimal even in male residents, who had the least nutrient decay rates, she says.

“We found on average 90 per cent of the nutrients planned on the menu were served, and 70 per cent were actually consumed.”

The highest rates of nutrient decay was seen in residents who were female, underweight, on smaller sized meals, receiving hospital-level care and on pureed meals.

Ms Nanayakkara examined three days’ worth of diet records for 54 residents at a Christchurch aged care facility, observing all the meals served and consumed.

The daily menu included three meals and three snacks and was designed to meet the recommended daily intakes of most residents.

Residents could choose between a standard serving size or a smaller serving size, which was approximately a half portion for the mains at lunch and dinner meals.

The majority of study participants were aged over 70, and consisted of 12 male residents eating standard size meals, and 42 female residents of whom 64 per cent ate smaller-sized meals.

More than 70 per cent of residents did not consume enough protein, which is important for bone health particularly in older adults and helps preserve muscle mass to support mobility, as well as combating illnesses such as infections.

Many residents did not consume vitamin C-rich items such as juices or fresh fruit, despite these being offered on the menu.

The study results are in line with similar studies published overseas, which have found the majority of aged-care residents are at risk of nutritional inadequacy.

Ms Nanayakkara says she hopes aged care facility managers and staff involved in menu planning will take note that on average 30 per cent of planned nutrients are not consumed by residents.

Facilities should deliberately plan to oversupply meals so that what is served is greater than what is consumed in order to improve intakes of certain nutrients such as protein, she says.

However, serving large meals could discourage residents from eating, so one solution could be to offer second servings at meal times and offer more nutritional snacks between meals.

Further research involving multiple aged care facilities is needed to obtain more representative nationwide data, as are more intervention studies on how to improve the nutritional status of aged care residents, she says.

From menu to mouth: the decay pathway of nutrient intake from planned menu to consumed and characteristics of residents in an aged care facility with greater nutrient decay rates: a cross-sectional study, was published in the British Medical Journal Open.