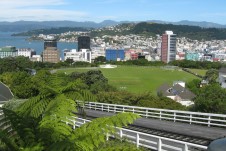 Wellington is located at the bottom of the North Island, where the Cook Strait separates the North and South Islands.

With a population of around 420,000, Wellington is a vibrant city with plenty to see and do. 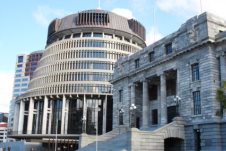 Despite often being referred to as 'Windy Wellington', the city enjoys a fairly temperate climate. Warm summers and mild winters coupled with about 2000 sunshine hours each year make Wellington a great place to get out and about. Winds from the north-west prevail in Wellington, and weather systems from the Tasman Sea often move over the exposed city.

The city is jam packed with national treasures such as the beautifully restored Parliament Buildings, the original Treaty of Waitangi document at the National Archives, and Te Papa Tongarewa, the Museum of New Zealand. Award-winning cafes, bars and restaurants abound, as well as plenty of other fun and interesting attractions.

The University of Otago in Wellington

The Wellington School of Medicine and Health Sciences is an acknowledged centre of excellence in medical research and postgraduate training.

Find out more about the Wellington campus