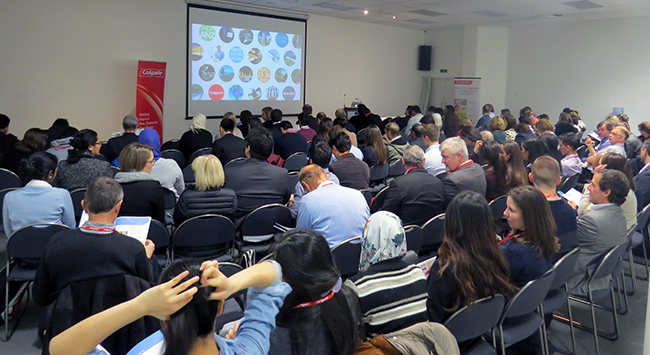 The Sir John Walsh Research Institute and the Local Organising Committee of IADR ANZ 2015 would like to thank all those who attended the 55th Annual Scientific Meeting of the International Association for Dental Research Australia and New Zealand Division this August in Dunedin, New Zealand. The meeting was a great success with over 180 delegates attending from more than a dozen countries.

An IADR ANZ council meeting and an ACODS meeting was held on Sunday, 23 August, preceding the Annual Scientific Meeting which opened at the Dunedin Public Art Gallery on the morning of Monday, 24 August and ran through to the afternoon of Wednesday, 26 August. The Colgate Welcome Reception was held on the opening evening of the conference at the DPAG, with the Conference Dinner held at Toitū Otago Settlers Museum on the Tuesday evening.

The winners of the following IADR ANZ Division Awards were announced at the Conference Dinner:

The 55th Annual Scientific Meeting of the IADR Australia & New Zealand Division was proudly hosted by the Sir John Walsh Research Institute at the Faculty of Dentistry, University of Otago, and was made possible by the generous support of Colgate-Palmolive Australia and New Zealand.

See you next year!