Rowing with a side of Italian gelato 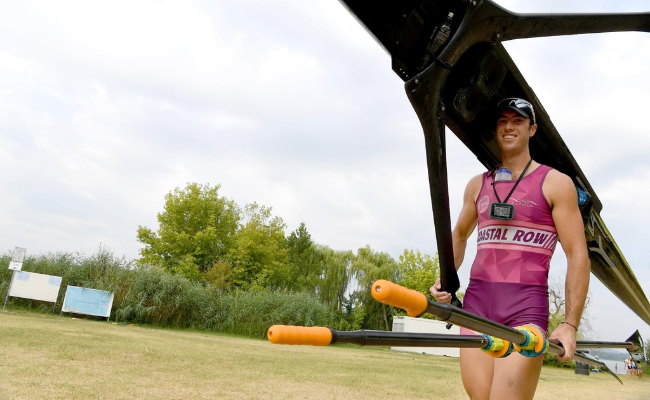 Kobe says one challenge is managing studies whilst still tired from racing.

Soaking up some genuine Italian culture in a relatively tourist-free town was an unexpected bonus for University of Otago students competing in the Under-23 World Championship rowing competition recently.

The pair enjoyed success at the regatta, with Kobe placing fourth in the C Final and Sally fifth in the B Final.

Spending five weeks in Italy training with their respective teams and waiting for other Kiwi rowers to join them from the United States was quite the experience after two years of cancelled international competitions, says Sally.

“Having a longer campaign helped us to climatise,” she laughs. “The temperature was in the thirties each day. It was a bit of a struggle to adapt to the heat, we were drinking about three litres of water per training session.”

One highlight, the duo agree, was staying in a non-tourist town and getting to experience authentic Italian life.

“The gelato was amazing,” Sally says. “They fed us so well and it was nice to experience Italy without the tourist attractions. But after five weeks I was ready to come home. There’s a lot of pressure when you’re travelling for a competition. I didn’t mind going back to my own bed after that.”

While competing overseas, both students were also completing their exams and making a start on semester 2 studies.

“Managing life around Uni can be hard when you’re as tired as we were. I had some good friends with me and we would set up study groups,” Kobe says. 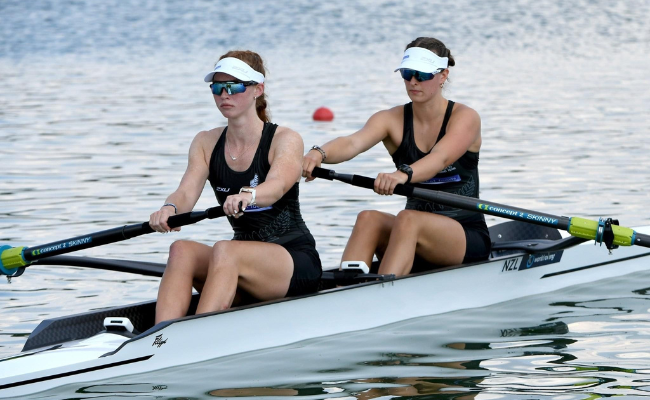 Travelling to compete is no simple task but both students had incredible support, they say.

These, along with support from Rowing New Zealand, made their demanding commitments more achievable, they say.

Otago University Rowing Club Manager Glen Sinclair says while the workload for young athletes is impressive, there is no shortage of quality training and support.

“We are the only winter high performance squad outside of Rowing New Zealand, which is a joint venture between them and the University. It gives us access to the high-performance gym used by the Highlanders and we work with human nutrition, the physio and PE schools.”

While the World Championships have come to a close, the hard work has not.

The Otago University Rowing Club are now gearing up their teams for the University Nationals in Whanganui.

It’s a year-round training for many who go from Kiwi summer to European summer.

For Kobe and Sally, this is part of the plan towards achieving their goal of returning to the World Championships in 2023.