Diving into a rewarding career 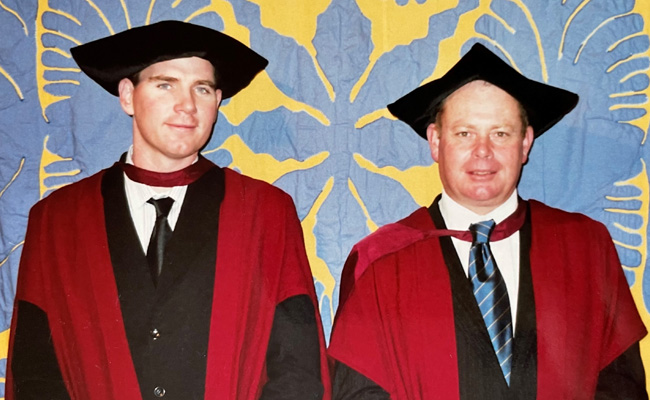 Early into his first year of his master’s degree in marine science, a classmate invited Rick to the pub for a drink. There he was invited to the Department of Anthropology to meet then lecturer, now Professor Richard Walter, and talk about research options.

Sharing similar interests in marine life, Melanesia and fishing, Rick was captivated by the talk and decided to pursue his master’s in the Solomon Islands, under an archaeological research permit and the guidance of Professor Walter.

“I’d credit Richard Walter in teaching me how to write. He really took me under his wing. Without a doubt I wouldn’t have done my PhD without his supervision.” Rick graduated with an MSc (1999) and a PhD (2005) in Marine Science jointly through the Anthropology department. 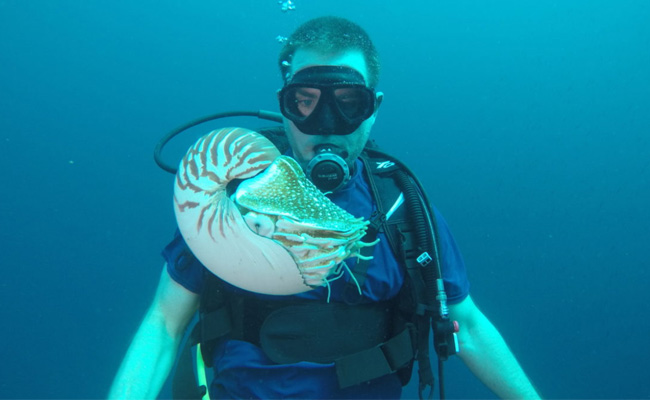 Growing up in Papua New Guinea, Rick always had a strong interest in fishing and diving. He credits much of his career direction to his upbringing and his studies at Otago.

He and his identical twin brother Stephen moved from Papua New Guinea to New Zealand in the fifth form (Year 11) and finished their schooling at Hutt Valley High School.

Travelling down to Otago for his sister Mary’s 21st birthday when he was a teenager opened Rick’s eyes to the opportunities at the University.

“I just fell in love with the place and thought it was fantastic, I always had my eye on moving down there, but I completed my first year at Victoria, after spending seven months hitchhiking around Europe with my brother before heading south.”

Rick’s family has strong ties to Otago. His sister Mary Hamilton completed a BSc at Otago in 1992 and went on to complete a Master of Applied Science at James Cook University in Townsville in 1999.

“She now works as an environmental acoustics consultant and raises cows on her farm north of Auckland on the Kaipara Flats.”

Rick’s brother Stephen graduated with a BA in Psychology from Otago in 1996 and completed a Diploma in International Development through Massey University in 2001. He now works for the New Zealand Ministry of Foreign Affairs & Trade as the lead advisor for Humanitarian and Disaster Management in the Pacific. 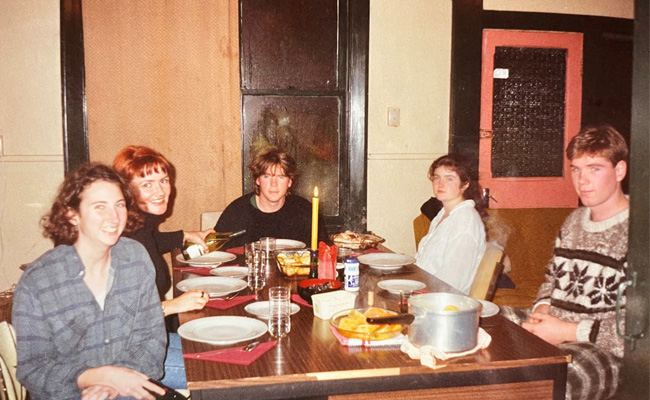 Flatting in Dunedin 1996 (Sarah with red hair on the left, Steven in the middle and Richard on the far right)

“My wife Sarah was flatting with my twin brother when we first met, which still proves to be a point of ridicule.”

“So, I answer to Richard or Rick, but also Steve or Stephen,” he quips.

The Otago connections also go back to Rick’s father (Dr David Hamilton) who completed his medical degree at Otago and his mother (Julie Hamilton (nee Christie)) who has a physiotherapy degree from the University. David did his surgical training in the United Kingdom.

His parents met at high school in Lower Hutt and started dating while at Otago. His mother went to India and then Papua New Guinea with the Presbyterian Leprosy Mission and his father eventually followed her there. They got engaged in the Papua New Guinea highlands in 1965 and are now both retired in Taupō.

Rick’s first professional work experience involved travelling around Papua New Guinea and the Solomon Islands interviewing people about reef fishing spawning aggregations. “So that was almost a seamless transition from my research to a work role.”

He moved to Brisbane in 2005 as the Melanesian Marine Scientist for the Nature Conservancy. The Nature Conservancy is a global environmental non-profit organisation working to protect the environment. It began in the USA in 1951 and is supported by more than a million members. It operates in more than 76 countries. Its mission is to conserve the lands and waters on which all life depends.

Rick took on the Director’s role for the Melanesia Programme around seven years ago. “So my role now is far more boring, it’s much more about fundraising, HR, project management, strategic direction and we still do some exciting science.”

His wife Sarah has a background in mental health and has a leadership role with the Queensland government and is completing her PhD at Brisbane’s Griffith University, under the supervision of Otago alumna and former Senior Lecturer Lynne Briggs. 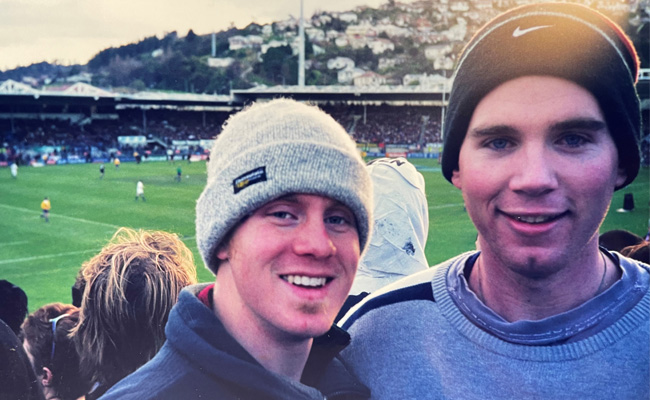 Rick (on the right) at Carisbrook in the nineties

“My wife is a very staunch All Blacks supporter and she said we were only allowed to be in Australia as long as the All Blacks didn’t lose the Bledisloe Cup and so far, they haven’t so we’re still here.”

They have a 19-year-old son who is a second-year student at the University of New England in northern New South Wales and a 15-year-old daughter who is at high school in Brisbane. 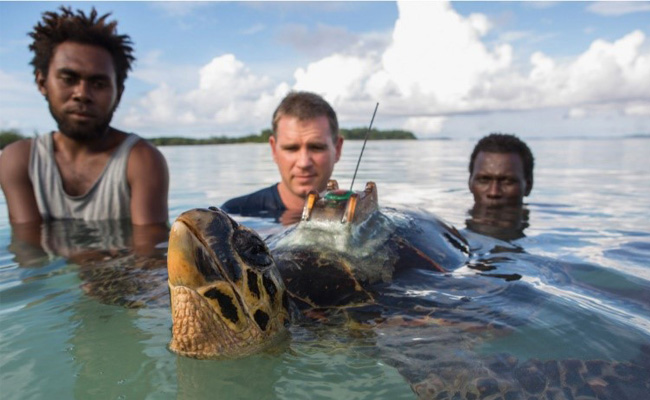 Rick with a Hawksbill turtle in the Solomon Islands. Photo credit: Tim Calver

One of Rick’s major studies researches the Leatherback turtles, which feed off the coast of New Zealand, then swim past Australia as they migrate to the Solomon Islands to nest – so the project links together three of the places which have had a profound impact on his life.