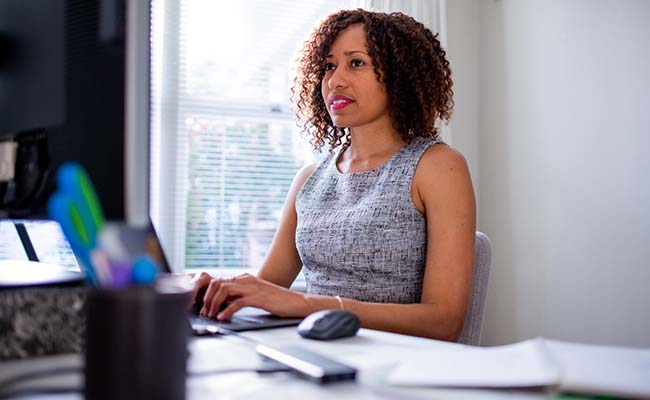 Having sailed through the Caribbean, Latin America and the United States before graduating with a PhD in Economics at the University of Otago, Dr Dawnelle Clyne has navigated her fair share of stormy weather to come out the other side stronger.

From her hometown on the tiny island of Grenada in the Southern Caribbean, Dr Clyne details how her love for both exploring and economics ultimately led her to the University of Otago on the other side of the world.

“I think my interest in economics and business started at a young age, where my mother would give me and my sister an allowance each week and we would have to create a personal budget” Dr Clyne says.

“Unbeknownst to me at the time, my sister and I were actually dealing with one of the basic problems of economics - balancing scarce resources and unlimited wants.

“It wasn’t always smooth sailing, but I had the most amazing supervisors and colleagues within the Economics department and so, even though I am named as the author on my thesis, this was undoubtedly a team effort which made my experience at Otago invaluable.”

“Interestingly, even as a child, or some might say a very young economist, I quite enjoyed doing this as I’ve always had a knack for numbers; math was definitely one of my favourite subjects in school.”

As Dr Clyne’s interest in mathematics and economics grew, so did her desire to explore and so she made the bold decision to move to London where, as a Commonwealth Scholar, she earned her Master’s in International Economic Policy and Analysis.

After working a few years in the banking and insurance industry, she decided to return to university and pursue her newfound desire for research and teaching.

“I wanted to inspire and instil knowledge on another generation as I was inspired by my teachers, and so I decided to pursue a PhD in Economics.”

Travelling across the world for a second time was no easy feat, but Dr Clyne knew that she was dedicating three years of her life to a PhD, and so she had to find a university that suited both her adventurous side and her craving for a world-class education.

“I chose the University of Otago because of this institution’s reputation for high quality education and the diverse, internationally-trained faculty” Dr Clyne explains.

“I also got a great sense as to what the culture would be like within the economics department through my early communication with the faculty; I mean, where else in the world would your supervisor pick you up from the airport!”

Having now graduated, Dr Clyne has spent time reflecting on her PhD experience and how the decision to go on this Dunedin adventure has shaped her.

“My PhD in economics gave me the tools and confidence to help analyse and solve real world problems and, ultimately, contribute to the wellbeing of society.

“This decision was also about personal development for me because, though completing a PhD undoubtedly gives a person the hard skills they need to thrive in their field, it also helps improve those soft skills, like creativity or adaptability, which are oftentimes more difficult to measure.

“It wasn’t always smooth sailing, but I had the most amazing supervisors and colleagues within the Economics department and so, even though I am named as the author on my thesis, this was undoubtedly a team effort which made my experience at Otago invaluable.”

Dr Clyne’s thesis focuses on economic insecurity and income inequality in the wellbeing debate. A main contribution of her thesis is the construction of an Economic Security Index (ESI) for New Zealand.

“The ESI identifies which subgroups of the New Zealand population are susceptible to unbuffered financial loss due to events like an unanticipated rise in medical expenditures or a fall in income” Dr Clyne explains.

“Knowing which subgroups are most susceptible to experiencing economic insecurity, especially during recessionary times, could help the government in developing targeted policies to help ameliorate the effects of economic shocks, such as the COVID-19 pandemic.

“The unpredictability of the pandemic’s trajectory makes it difficult to accurately forecast its full impact on the New Zealand population, but the ESI could provide a useful guide to estimating how at-risk population subgroups are to precarious economic circumstances.

“Even as important is how insecurity relates to issues which may be exacerbated by the pandemic, such as mental health problems, substance abuse and crime rates.”

Dr Clyne’s work on Economic Insecurity in New Zealand is ongoing with researchers in the University of Otago’s Department of Economics. She is also currently a Postdoctoral Research Fellow at Koi Tū – The Centre for Informed Futures, at the University of Auckland.