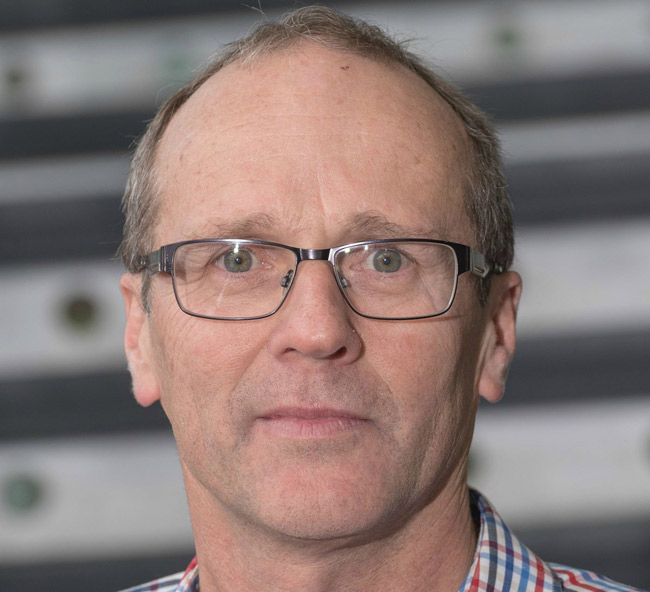 Genetics researcher Professor Martin Kennedy is the new head of the University of Otago, Christchurch’s Department of Pathology.

He has worked on the Christchurch health campus for nearly 30 years, starting in 1986 after completing his PhD at the University of Auckland, and returning in 1991 after postdoctoral studies at the MRC Laboratory of Molecular Biology in Cambridge, in the United Kingdom.

The Pathology Department is a powerhouse of internationally-renowned research. It is home to eight independent research groups including The Infection Group, the Centre for Free Radical Research, and two groups led by Professor Kennedy — the Carney Centre for Pharmacogenomics, and the Gene Structure and Function Laboratory.

"My main goal is to ensure we retain and further develop the wonderful environment we have in the department for research and teaching, to allow our staff and students to reach their full potential."

He collaborates with researchers locally and internationally as a genetic expert. One of his specific areas of interest is understanding how genes influence patients’ responses to drugs.

Professor Kennedy says he is very privileged to lead a department filled with so many dedicated and excellent researchers, teachers, students and support staff: “My main goal is to ensure we retain and further develop the wonderful environment we have in the department for research and teaching, to allow our staff and students to reach their full potential.”

Professor Kennedy will replace Professor David Murdoch, who steps down from the Head of Department role on September 1 to become Dean of the Christchurch campus.

Professor Murdoch says his successor is well known in the science community in New Zealand, as he has been a member of many research grant panels and committees.

“I am sure that the Department will continue to succeed and flourish under Martin’s collaborative and inclusive style of management.”

When Professor Kennedy is not working, he is a keen mountain biker and skier, and generally loves being outdoors. His wife is a secondary school teacher. Together they have three daughters — including one who is also a scientist — and two grandsons.