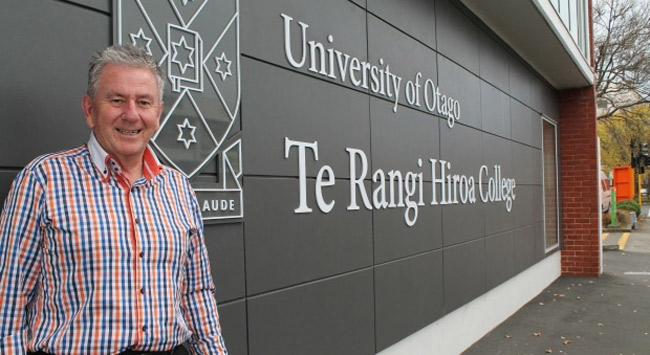 Last time college warden Ashley Day retired he was lured back only months later to head his fourth college for students at Otago, but this time he is certain about his future because wife Lesley is retiring from the University as well.

“I did actually retire on 1 May 2013, but three months later the Director of Accommodation James Lindsay asked me if I would like to come back and open the new Te Rangi Hiroa College. I had a contract for one year to get things up and running, and three years later…”

When Mr Day was asked to give up retirement, Lesley was still working as Personal Assistant to Professor Jim Mann in Human Nutrition, so because “I was a tad bored without her company, I was delighted to return to work.”

“It was really great to start a college off from scratch and establish an ethos, a college philosophy.”

“I have never regretted staying on. I love working for this University, and being a Head of College is an amazing job. You work with, and meet, so many amazing people.”

But the couple now have lots of plans for life after they retire in December, including overseas travel, opera, and spending time with their standard poodle in Central Otago — an area they love so much that they have built a home in Clyde.

However, the couple will still return frequently to Dunedin, where they have a small town pad, two daughters, grandchildren, and friends, and where they enjoy the theatre and musical performances.

Mr Day will also supervise exams at Otago, and is on a University review panel early next year, “so won’t be bored.” 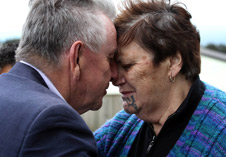 His happiest memories of working in colleges are “the wonderful students and great supportive colleagues. Of course there are some ratbags, and there can be very challenging and stressful times as young people leave home and learn to cope with a myriad of things impacting on their lives.”

“But I suppose the thing that always makes me smile is that there is no other job where you live in such intimate proximity with young people at a defining time in their lives with the chance to affect positive change in their lives.”

“What has haunted me? Not so much … but I well remember my early years at University College (also known as Unicol) - the infamous mystery bus tour, and the alcohol abuse and resulting behaviours.”

“I remember being asked by one of the gay/lesbian support groups to put up a poster and I said give me 20. Every time it was defaced, I put up another until they eventually stayed, unmarked by graffiti. And also the reaction when I banned the awards dinner until they removed unacceptable, humiliating and sexist awards. Thank heavens we have come a long, long way since the 1990s.“

Mr Day was a secondary school teacher for 23 years before becoming a Head of College and had always wanted to work at a University: “It seemed a natural progression, still working with young people, just a tad older.

Asked about the secret to doing the job well, he says “I always believed that standards should be high and uncompromised. Students can rise to better standards of behaviour, and one should not stoop down to lower standards. If it meant that some residents had to be dismissed from the college, then so be it. There is no place for unacceptable behaviour and vandalism.”

“I always aimed for lovely living surroundings, with comfort, nice art on the walls, plants – not the plain brick floors and bare concrete block walls which did nothing to make residents respect their surroundings. It meant spending money, but every dollar was well justified.”

During his 21 years heading colleges, Mr Day does not believe students have changed, or are any different overall from year-to-year.

"At the beginning of the year, they are essentially seventh formers (Year 13’s) just out of home. By the end of their time, they are adults ready for the world. The change is extraordinary."

“First-year students out of school have to have firm boundaries. They can have fun but must realise that no-one has the right to unduly disturb the home for all the other residents. I suppose I may have been considered hard by some colleagues over the years, but my colleges were all a pleasure to be in and were enjoyable, civilised communities to live in.” 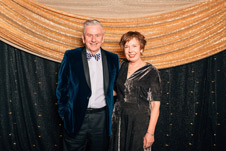 Ashley Day and his wife Lesley at the 2016 Te Rangi Hiroa College ball.

“Students respond positively when they know you care for them as human beings. I remember being greeted by a young man whom I had had to dismiss from the college. He crossed the road and thanked me for that, saying that he really had to have a good look at himself and changed the direction of his life. You can’t beat that sort of feedback.”

“I also have a truly wonderful wife and could not have done the job without her unwavering support. Being a Head of College is a huge disruption on family life at times, and when things are really bad it is essential to have a sounding board, especially at 3am when you can’t sleep and things are turning over and over in your head.”

The colleges Mr Day has headed are Aquinas (known as Dalmore House when he started in 1995), University (Unicol), Carrington, and Te Rangi Hiroa.

He spent two years heading Aquinas when it was home to 140 students, “cutting his teeth” on the varied role, before shifting in 1997 to lead Unicol, which was Otago’s largest college.

Colleges were different in those days and “Unicol was quite a boisterous place. It was a bit of a baptism of fire for me.”

Colleges did not have Deputy Wardens and the Assistant Wardens were senior students, so if the Warden was away overnight, the college was in the hands of students and, unsurprisingly perhaps, trouble did break out.

“It was hard work for a few years. Unicol was the first college to have a Deputy Warden live in. We got night staff and security on the doors. It became a very good place to live.”

The University’s other colleges followed suit, which was a vast improvement.

Another significant change was that the University began to see the colleges as “the jewels in its crown”.

"Our colleges are unique in their provision of outstanding pastoral care of residents. Many of us have visited residential colleges worldwide and we always come back feeling so affirmed that what we have at Otago is so special."

While other universities nationwide were selling their hostels to private enterprise, Otago Vice-Chancellor Professor Sir David Skegg was embracing them, favouring the ‘Oxbridge’ model and changing them from ‘Halls of Residence’ to ‘Residential Colleges.’

“Our colleges are unique in their provision of outstanding pastoral care of residents. Many of us have visited residential colleges worldwide and we always come back feeling so affirmed that what we have at Otago is so special.”

But after a decade of getting up at 1am and walking the corridors at Unicol, he needed a change and moved to Carrington, which had 244 students.

Mr Day started a Parents’ Orientation, letting parents live in with their children for two days at the beginning of the year: “When they return home, they feel much more comfortable leaving their children because they know they will be well looked after.”

As for Te Rangi Hiroa, Mr Day has helped honour its namesake — also known as Sir Peter Buck KCMG DSO— who was an icon in Maoridom last century; a doctor, parliamentarian, distinguished soldier at Gallipoli and then the Somme, and a world-renowned anthropologist.

“We try to emulate his values and beliefs in many areas of college life, and there is a permanent display of photos, carving and tukutuku weaving to give a background to the naming of the college and a feeling of ‘already belonging’ to people who enter its doors.”

“I will leave the college with a feeling of great pride, knowing that all our residents have loved their year or two here and are ready to move on with the next step in their lives, and that the college is in great heart, and a sought after place in which to live.”