Long career adds up for Maths and Stats Manager 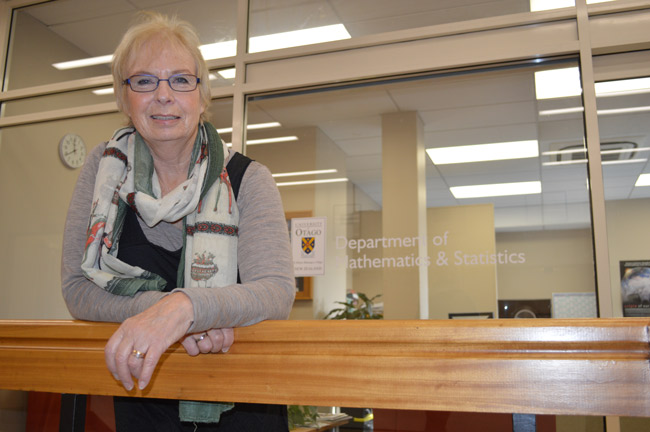 In an interesting twist, Lenette Grant’s first day at the University of Otago 47 years ago and her retirement function last month were both held in the same building.

The Department of Maths and Statistics Manager had her final day last Friday, ending a career spanning nearly five decades.

When Mrs Grant took her first role at Otago in December 1963 as a typist to then Registrar Jock Hayward, the Registry was based in the Staff Club building. Fast-forward 47 years and the historic building is now a place to celebrate: The perfect venue for her retirement function.

"When I trained as a shorthand typist we used an Imperial 66 manual typewriter (there is one in Toitu Settlers Museum!)."

She says the changes in technology have underscored the passage of time in her roles.

“When I trained as a shorthand typist we used an Imperial 66 manual typewriter (there is one in Toitu Settlers Museum!). Then computers arrived and brought with them various software packages that the University has today, such as Finance1, Taleo, Casper, Red Carpet, Business Objects and eVision.”

Mrs Grant says she has enjoyed the variety of work her roles have offered and working with young people – particularly honours and postgraduate students. She has also appreciated the camaraderie of the Surveying School and the Maths and Statistics staff.

She plans to kick off her retirement with a trip to Brisbane – where she and husband Ron will help look after their two grandsons during their school holidays.

While she’s excited about having more time for herself and her family, she says she will miss her “Maths and Stats family” too.

“I appreciate the current General staff members who are fantastic workmates and value the many friends I have made here over the years.”