Out of the lab and onto the stage for Otago student 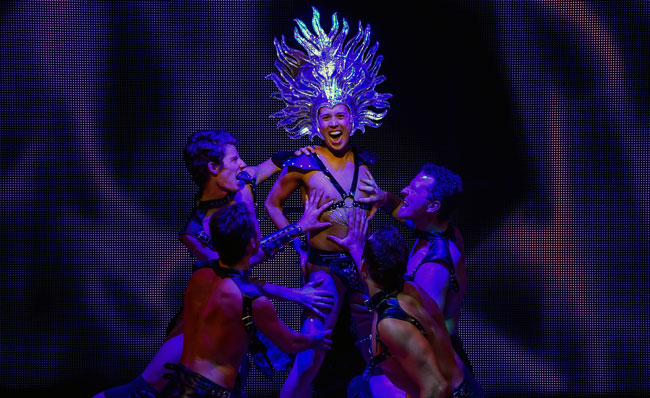 Otago student Jacob Irby steps out of the lab and on to the stage as drag queen Adam Whitley, aka Felicia, in the musical Priscilla Queen of the Desert. Photo: Chris Sullivan of Seen in Dunedin.

Plant biology and musical theatre don't appear to have a lot in common, but it turns out Dunedin has provided University of Otago student Jacob Irby with the opportunity to combine his passion for both.

Jacob, from Danville, Virginia, in the United States, is studying towards a BSc in Plant Biotechnology at Otago, having completed a Botany Summer Studentship last year. 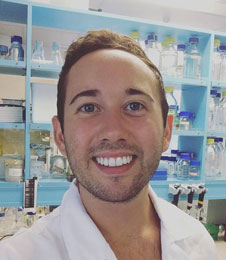 Jacob says he is "looking forward to the quiet of [his] lab again" once Priscilla's run ends in Dunedin.

But over the next two weeks the plant studies will take a back seat to his role as drag queen Adam Whitley, aka Felicia, in the musical Priscilla Queen of the Desert which opened today in Dunedin.

Jacob has performed in his home town, but this is the first time he has been on stage in Dunedin, and he's relishing the break.

"I was surprised to get one of the three leads, but I loved the movie so to do the show is amazing – I'm loving being back on stage," he says.

The musical, based on the 1994 movie, is the heart-warming story of two drag queens and a transgender woman, and their event-filled journey across the Australian Outback in a lavender bus named Priscilla.

Jacob plays the charismatic drag queen Adam, who is loud and brash but also well-intended, and a fun character to play.

But while Jacob says the 90s inspired music is a blast to perform, the show is also the most technically challenging he has done. He confesses the high-flying wires are just a little bit scary and with over 500 costumes, it is also more than a bit crazy backstage.

"Studying and rehearsing has been challenging over the last few weeks but I'm combining two worlds I love so it's great – although I am definitely looking forward to the quiet of my lab again when it's all over."

Jacob came to Dunedin specifically to study Photosystem II in photosynthesis in Professor Julian Eaton-Rye's lab and has found his niche in Synechocystis sp. PCC6803.

It's a world away from studying music at the University of Virginia, but he's thoroughly enjoying the Department of Botany, the JER lab 308, and the Dunedin lifestyle.

"I like the beaches, the restaurants, the University's atmosphere and its connections with the larger community, and love the theatre scene in the city."

Jacob is hoping to go on to postgraduate studies and contributing to more research into photosynthesis to understand the dynamics of energy in plants.