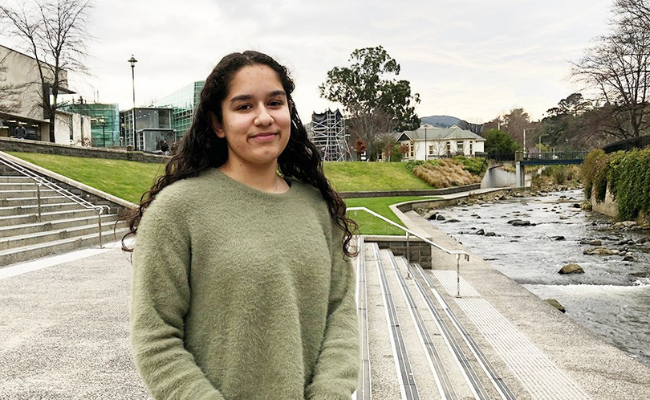 Two University of Otago students are thrilled to have won spots at an international event that will see them mingling with Nobel Prize winners.

PhD candidate Mohsin Ijaz, of the Department of Physics, and Bachelor of Science student Maia Dean both recently found out their applications to attend the Global Young Scientist Summit (GYSS) in Singapore next year were successful.

“I was excited to hear that I would be attending, I didn’t quite believe it at first. It still hasn’t hit me yet,” Dean says.

The 2023 summit will be her second, she attended the virtual GYSS online in January this year saying it was tough with the different time zones.

She is looking forward to being there in person this time.

“There’s going to be Nobel Laureates there. Just to even be in the same room as them is incredible.”

Dean is a second-year physics student, with a minor in maths.

It was through the Institute she got the opportunity to apply to attend each of the GYSS she has been accepted to.

“It’s really cool to even be considered, especially as a second-year undergrad.”

She was looking forward to not only listening to many prestigious speakers but also the chance to make connections with other young scientists from all over the world. 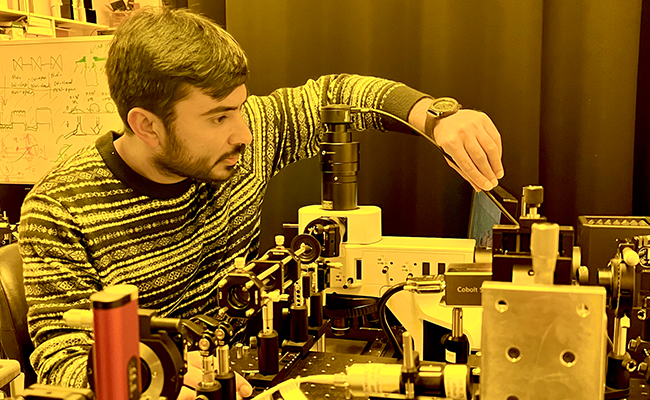 Ijaz will hand his PhD thesis in early next year. He has been researching ways to convert solar energy into hydrogen, and has been supervised by Professor Richard Blaikie.

Hydrogen has become a “very, very” hot topic because it is a clean, green source of renewable energy, he says.

As the earth runs out of fossil fuels, scientists are working to find alternatives, hydrogen being one of them.

“But the problem with hydrogen is its expensive production cost.”

Solar energy is the biggest source of energy but “maybe 99% is wasted”.

“We therefore need to find out the ways for efficient conversion of solar into hydrogen energy following New Zealand’s 2025 renewable energy target.”

The names of the speakers for the 2023 GYSS are yet to be released, but Ijaz has his fingers crossed the Nobel Prize winner and Swiss astronomer Didier Queloz will be present.

Queloz won his prize in 2019 in conjunction with Michael Mayor and James Peebles.

Ijaz says a vital aspect of GYSS is connecting young researchers with scientists who are world class within their field.

He plans on finding some new people for the University to collaborate with, and hopes that through sharing his work, others may have some useful insights to offer and vice versa.

Ijaz completed his undergraduate qualifications in his home country, Pakistan, before arriving at Otago to do his PhD in March 2020. He would like to do his post-doctoral work at Otago.

The MacDiarmid Institute for Advanced Materials and Nanotechnology is a government-funded Centre of Research Excellence, a network of biologists, chemists, physicists and engineers from the University of Auckland, Te Herenga Waka Victoria University of Wellington, Massey University, University of Canterbury and University of Otago, as well as GNS Science Te Pū Ao and Callaghan Innovation.

Participants from 38 countries took part in the 2022 virtual summit.