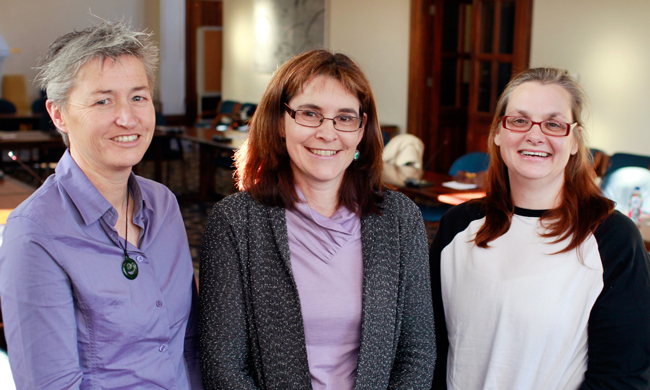 The Graduate Research School now has a new structure to go with its new name.

The services department became a School last year and has now taken the opportunity provided by staff changes to restructure.

Chris Stoddart, formerly the Manager of the School’s Doctoral and Scholarships Office, has moved to Academic Services, where he is the Manager, Policy and Compliance.

School Manager, Claire Gallop, will now oversee the Doctoral Office as well as manage the School, and will deputise for the Dean in her absence, Professor Spronken-Smith says.

The Graduate Research School is responsible for all University scholarships and awards, looks after graduate research students, administers the doctoral programme, and conducts training both for research students and their supervisors.

The School is also farewelling Anaru Eketone, who has fulfilled the half-time role of Māori Postgraduate Support Adviser over the past three years. With support from the MAI ki programme, he has held regular hui, run writing retreats and provided on-one-one advice for Māori postgraduates. The School hopes to advertise soon for a replacement for Mr Eketone.

“We are still settling our new team members into their roles,” Professor Spronken-Smith says.

“However, we believe this new structure will stand us in good stead and allow us to offer an improved service to the University.”