The trials and tribulations of gender and food 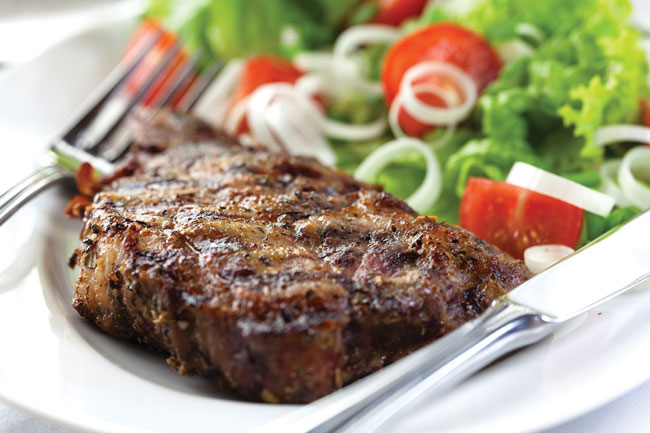 Steak and salad: a masculine or feminine meal?

Are peaches, Caesar salad and chocolate masculine or feminine foods? These and other issues around gender, food and sex stereotyping have recently been investigated by Dr Shelagh Ferguson of Marketing.

“We were interested in finding out if there is a clear perception of male and female food, and sex stereotypes associated with these diets. That is whether females ate one type of diet and males another because it reinforced a preferred societal image,” she says

The research focused on two flats, one male and the other female students, examining their diets and their attitudes to eating. To expand this qualitative study the researchers also videoed the two flats preparing and eating food, and looked at what food they ate in front of the opposite sex.

The major difference the study found was that the female household ate vegetable-rich meals, with only one meal a week containing meat, whereas the male students had meat every night.

For the males it was meat every day, while everything else was seen as a complement, including bulk carbohydrate. For the females, “taste and healthiness was everything”, but the males had zero interest in nutrition at all. The portion size was also significantly larger in the male flat.

Interestingly female students said that they would change their food choice on their first date, to give a good impression to the opposite sex. This meant eating less and more ‘daintily’, to appear more feminine, and choosing what is perceived as feminine food, such as salad rather than meat.

However the research indicated that the female participants are labouring under the burden of a self-induced stereotype, as male students say what they or their date ate “was just not an issue”.

Watch the video on the flats involved with this research: