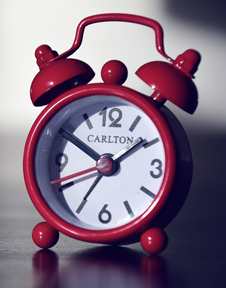 Moderate variations in sleep between the weekends and work days amounts to "social jetlag".

Social jetlag, which is basically defined as the difference in sleep pattern between work days and weekend, has been linked to metabolic dysfunction and obesity in recently published research from Otago’s Dunedin Longitudinal Study.

Professor Richie Poulton, Director of the Dunedin Multidisciplinary Health and Development Research Unit says the research, published in the International Journal of Obesity, found participants with a greater difference in sleep patterns between free days and work days were more likely to be obese and suffer from obesity-related disease, including metabolic disorder, inflammation and diabetes.

"There is a key difference between this and travel jetlag. The latter can cause temporary problems with metabolism but social jetlag can occur throughout someone’s working life and that means it is more likely to induce more serious, chronic consequences for metabolism."

"...social jetlag can occur throughout someone’s working life and that means it is more likely to induce more serious, chronic consequences for metabolism."

An earlier study had made the association between more severe social jetlag and increases in self-reported BMI but this study, led by Dr Michael Parsons from the Mammalian Genetics Unit at the UK Medical Research Council Harwell, is the first to point to the possible role of this sleeping time conflict and an increased risk for obesity-related disease.

When those measures were linked to information about participants' sleeping patterns researchers found that on average, individuals with a social jetlag of as little as two hours had similarly increased hsCRP levels to those with even higher levels of social jetlag. A similar threshold-like pattern was also observed for both the BMI and fat mass indicators.