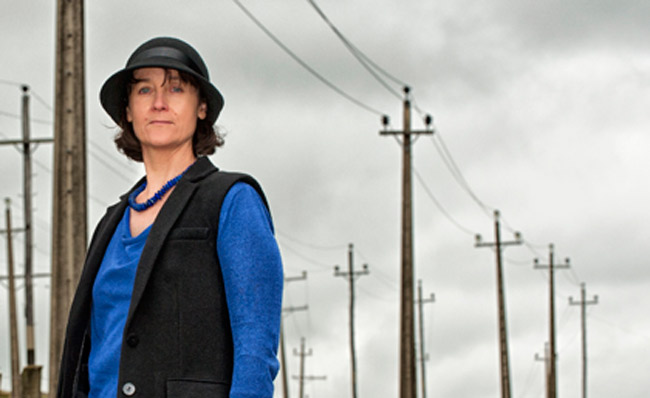 The world is in a race against time and there is no single silver bullet ... Director of the University’s Centre for Sustainability Dr Janet Stephenson.

An Otago researcher is a co-author of a major new report on the many actions New Zealand can and should take now to reduce the threat of climate change and transition to a low-carbon economy.

The report, Transition to a low-carbon economy for New Zealand, was launched in Wellington and Auckland this week. It takes an in-depth look into climate change mitigation options for New Zealand and finds that many such options are already well-understood and achievable.

In her speech at the launch, report co-author Dr Janet Stephenson, Director of the University’s Centre for Sustainability, warned the audience that the world is in a race against time and there is no single silver bullet.

“For New Zealand, as with most other nations, this means many changes, large and small, in the systems of production and consumption that underpin our economy.

“To achieve a net zero emissions during the second half of the century will involve a massive scale and rate of change in what we do, how we do it, and what we do it with – that is, in our behaviours, and the technologies that support those behaviours,” Dr Stephenson said.

"low-carbon change can be initiated in your life, my life, the dairy down the road, the factory in South Auckland, or wherever"

She said that failure to contain climate change within the two degree or aspirational 1.5 degree limit, as laid out in the Paris agreement, will have serious consequences and there is already plenty of evidence of what that might look like.

Dr Stephenson told the audience that “low-carbon change can be initiated in your life, my life, the dairy down the road, the factory in South Auckland, or wherever, in one of three ways: 1) changing what we have; 2) changing what we do; and/or 3) changing how we think, and in particular what we think is normal and appropriate.”

She explained that the first way involved people making ongoing low-carbon choices when they acquire new technologies or vehicles, or make changes to their house or commercial premises.

The second way was about making changes to everyday practices, for example it might mean taking the train, bus or bike to get to work rather than the car; or if someone does need a car, carpooling or getting involved in a shared vehicle scheme.

The third way is people changing their norms — this involves their expectations of what is the normal or right thing to do, and how they think they might behave in future. Dr Stephenson explained that changing norms in themselves does not reduce emissions, but can be an important precursor to change.

The full report, which was commissioned by the Royal Society of New Zealand, can be accessed here.