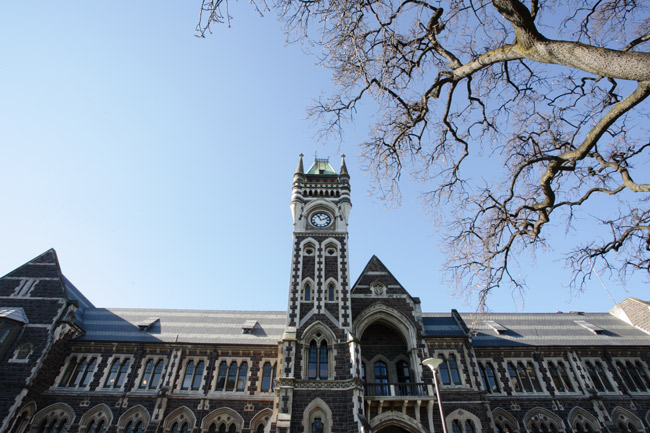 University of Otago researchers have figured strongly in the latest Health Research Council of New Zealand funding round, attracting about $43.8 million in new health research funding.

In all, the Health Research Council (HRC) has allocated more than $100 million in grants nationally towards a range of programmes and projects to be undertaken by researchers throughout New Zealand.

Of the 22 contracts gained by Otago researchers, five are for major multi-million, five-year programmes, while the other 17 projects each attracted more than one million dollars in funding.

Otago’s recipients are from across the University’s campuses in Dunedin, Christchurch and Wellington, with each campus hosting at least one major new programme.

The world-renowned Dunedin Study led by Professor Richie Poulton (Psychology) — which has followed nearly all aspects of the health and development of more than 1000 people born in Dunedin in 1972-73 — will now investigate ageing processes in its members to inform early intervention strategies to help people age as healthily as possible.

Professor Tony Blakely (Public Health) in Wellington will lead a team focusing on dietary and physical activity interventions, and will also assess these and other interventions specifically for populations with a particular risk of cardiovascular disease.

The Christchurch Health and Development Study, led by Associate Professor John Horwood (Psychological Medicine) will extend research which follows a group of 1265 Christchurch-born children to the age of 40. The researchers will investigate a wide range of questions, including the long-term mental health consequences of exposure to the Canterbury earthquakes.

A second Wellington programme led by Associate Professor Beverley Lawton (Primary Health Care and General Practice), aims to tackle the social and health disadvantages that pregnant Māori women and their tamariki (children) face up to the age of five, which is a crucial window for good health outcomes and long-term achievements as adolescents and adults.

The second Dunedin campus-based programme, led by Professor Cliff Abraham (Psychology, and co-Director of the Brain Research New Zealand CoRE), focuses on delving into the mechanisms of Alzheimer’s disease so that more effective therapies can be developed. The researchers will study molecules that may be key players in the disease process, and use new and improved models of the disease to determine if those molecules are closely related to the development of the disease from its earliest stages.

A range of projects

The 17 Otago projects which have also attracted HRC support will tackle a range of health issues, from world-class basic biomedical investigations in neuroscience, heart health, rheumatic fever and tuberculosis, through to public health research aimed at tackling the differences in rates of smoking between Māori and non-Māori.

Deputy Vice-Chancellor, Research and Enterprise, Professor Richard Blaikie warmly congratulated all of Otago’s HRC funding recipients, saying their outstanding success in the round is testament to their world-class research proposals.

“It is fantastic to see the recent commitment of increased HRC funding translate immediately into such a significant increase in the number of projects supported. It is heartening that the great promise of our researchers’ studies for improving the health and well-being of New Zealanders has been recognised and backed by the HRC and the government. These staff are carrying on a proud Otago research tradition of contributing to knowledge and actions that will benefit patients, families, communities and the nation as a whole, and we wish them every success in their work,” Professor Blaikie says.