University of Otago students and staff were quick to answer the “call of Empire”. During the war, 573 would don “the King’s uniform” but, tragically, nearly a fifth of them would not return.

Soon after New Zealand’s entry to World War I was announced on 5 August 1914, Prime Minister William Massey cabled the British Government saying simply “all we have is at your disposal”. This patriotic pronouncement resonated with many nationwide and, within days, 21 final-year medical students had informed the University they were “willing, if qualified, to place their services at the disposal of the New Zealand Government as medical officers for the Expeditionary Force”.

Their exams were brought forward and the volunteers joined the New Zealand Medical Corp (NZMC). Some felt a sense of urgency, swayed, in part, by an editorial in a local newspaper which suggested the war would last three months as the global economy could not sustain the conflict for longer.

Later, students from all years volunteered and many served during the ill-fated Gallipoli campaign of 1915. At least two students were killed in action, with another dying in a shipboard accident on the way to war. 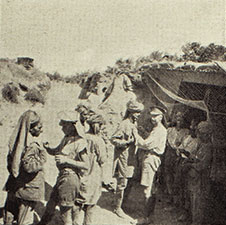 After Gallipoli many of the students completed their training at Otago and several re-enlisted to serve on the Western Front in France. One such student, Frederick Montgomery Spencer (OBE, Military Cross), interrupted his studies to serve as a NZMC sergeant in Gallipoli. After completing medical training he served with distinction in France.

Another Otago Medical School graduate, Lieutenant-Colonel J. Hardie Neil, trained and organised the Third New Zealand Field Ambulance before commanding the unit in France. He was awarded the DSO for conspicuous gallantry during operations at Bapaume and Bancourt in mid-1918 and was one of two New Zealand soldiers to gain the Belgian Croix de Guerre.

In his 1915 report to government, University of Otago Chancellor Rev. Andrew Cameron noted that three staff and at least 100 students were “wearing their King’s uniform” with “small detachments constantly leaving to join the reinforcements”. 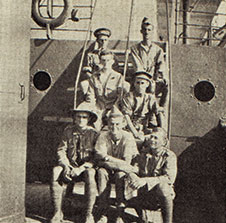 From February 1915, the names of all University teachers, graduates and undergraduates on active service were printed in the Calendar. The names of those killed were also printed and letters of sympathy sent to their families.

The following year, Cameron reported the University’s involvement in the war with “mingled pride and sorrow” – 270 students, a University Council member and six members of the teaching staff were enlisted.

The toll of war on student numbers was increasingly apparent. Professor James Parks, Dean of the School of Mines, said attendance had suffered because the “men to take up mining engineering as a profession are just the men to answer the call of the Empire”.

Pre-war the school was “flourishing” with 31 students, but by 1918 only 12 students were enrolled and senior students were “non-existent”. Although a handful of students had resumed studies by 1919, for the first time in 30 years no diplomas in mining engineering were awarded. 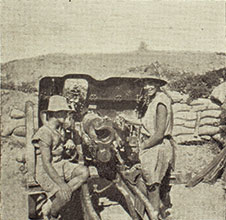 Additionally, mining Professor D.B. Waters was briefly Commanding Officer of the New Zealand Tunnelling Company, a unit that is most often associated with the extensive tunnelling and countermining operations during the Battle of Arras.

By January 1916 the reality and cost of a long war was becoming apparent: at least 18 students had been killed and many more wounded. Later that year the University made a formal commitment to training soldiers, establishing the Officer Training Corp. By 1918, more than 500 University students were at war, along with 17 members of staff.

The medical school Dean, Professor Ferguson, rightly foresaw a looming shortage of doctors, reporting that, “in spite of repeated representations to Cabinet”, he had not secured exemption for second-year students whose class had been “much depleted by the action of the ballot”. Of 40 students in 1916, only about 12 remained. In late 1918 Cabinet addressed these concerns, amending the Military Service Act to exempt medical students who had passed intermediate examinations from military service.

On the home front, University staff also engaged with war issues through public lectures. Economics Professor Dr H. D. Bedford lectured on the necessity of higher taxation during wartime and the inevitability of a shortage of material and a higher cost of living. 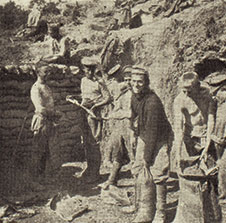 Some of the most lasting contributions to war and peacetime medicine were developed by University of Otago staff such as Dental School head Henry Percy Pickerill. Pickerill was an innovator among the early pioneers who used bone, skin and fat grafting, and jaw wiring techniques to treat facial injuries. After being seconded to the NZMC to treat facial and jaw injuries at No 2 New Zealand General Hospital at Walton-on-Thames he oversaw treatment in the New Zealand Section at the Queen's Hospital, Sidcup.

His unit transferred to Dunedin Hospital in 1919 and he continued long-term care for many wounded men as surgeon in charge of the facial and jaw department. He was made an OBE in 1919 and a CBE in 1923.

Pickerill also helped establish general dental services for those training, campaigned for commissioned dental officers on troop ships, and lobbied for increased provisions for dentists attached to the expeditionary forces. His collection of patient records, now housed at the Hocken Collections in Dunedin, are some of the only surviving World War I medical records.

Similarly, Otago Medical School graduate James Renfrew White’s wartime experiences as an orthopaedic surgeon in France and London underpinned a long health-care career as a surgeon and writer, and involvement with the Department of Orthopaedic and Traumatic Surgery at the medical school and Dunedin Public Hospital.

In March 1918, before hostilities had ceased, Chancellor Cameron said the University’s post-war initiatives would focus on growth, rather than just recovery.

“If the community is sincere in its desire that educational progress shall be one of the fruits of the lessons taught by the conditions born of the war, and if … the measure of the progress of a State is the reflection of its pursuance of high national ideals, then its interest in the development of our university colleges should be of a lively and practical nature.”

This vision was realised: 950 students were enrolled in 1919, eclipsing pre-war enrolment numbers by more than 300 students. The University’s “prodigious” growth caused a “serious lack of space” and saw land acquired for several new buildings and additional staff appointed.

Funds from the £65,023 Hospital Ship Fund were gifted to the University to build the Maheno and Marama Drill Hall for the military training of medical students. The building, opened in October 1919, was named after two World War I hospital ships.

The University’s Memorial Walk was officially opened at a 1928 service that recognised all who served, including the 64 University students who gained military awards. A commemorative plaque was unveiled on the Leith Bridge near the current Staff Club.

The plaque and subsequent Armistice Day ceremonies have honoured a commitment Cameron expressed as early as 1916.

“Some of our students have won coveted distinctions and have thereby brought honour to their University; others have achieved the highest of all honours by the sacrifice of their lives. It will be the University’s sacred duty to perpetuate the memory of these fallen soldiers, that their names may ever be honoured and that future generations of students may be inspired by their bright example to do their duty, counting not the cost.”