The power of development

The power of development

Ten years on, the Leading Thinkers Initiative continues to enrich Otago’s research culture and provides a platform for new development.

It has been 10 years since the University of Otago launched its first major development campaign, the Leading Thinkers Initiative.

The five-year campaign was established under the government’s Partnerships for Excellence Framework to support world-class scholarship at Otago in areas considered vital for the nation’s future well-being.

It was an ambitious campaign – and successful, with its goal of $50 million (including $25 million as matching funds from government) exceeded six months ahead of target. A total of $51.7 million was raised to support 27 new projects, covering the breadth of academic disciplines and all meeting the objectives of the University’s strategic direction.

The first was the Edgar Diabetes and Obesity Research Centre with the appointment of Leading Thinker Professor Jim Mann in 2004. Over the past 10 years many of its findings have achieved national and international recognition, leading to community interventions in the fight against diabetes and obesity, influencing public policy and guidelines. Other projects have led to significant findings in the fight against cancer, infectious and inflammatory diseases, and have contributed to international development and third-world health. Research has been fostered in areas as various as children’s issues, the legal implications of new technologies, peace and conflict studies, early modern philosophy and entrepreneurship.

A defining feature of the Leading Thinkers Initiative was its commitment to investing in people, not buildings; knowledge leaders, not infrastructure. It was a concept that resonated well with donors and has enriched the research culture across the University.

“Leading Thinkers draw expertise and resources together around themselves to create, or strengthen, focal points for excellence and innovation in research at Otago,” explains Deputy Vice-Chancellor (Research and Enterprise) Professor Richard Blaikie. “They have also attracted significant sums of external funding and have fostered a new generation of postgraduate students through their research activities.

“This supports our vision at the highest level to be a research-led university with an international reputation for excellence.”

Significantly, the initiative also established a platform of new partners for the University – donors who gave support in order to help the University attract world-class people to pursue world-class research, many in areas of particular importance to them. This has embedded a culture of philanthropy that was, at that time, a relatively new concept in New Zealand.

Building on this success the University is now well placed to launch new development projects as it moves towards its 150th anniversary in 2019.

Director of Development and Alumni Relations Philip Kearney says the results of the Leading Thinkers Initiative have highlighted how development activities can make a “real difference”.

“The opportunity to contribute to new projects addressing issues of social, economic, health and environmental concern, both here in New Zealand and internationally, will continue to be a feature of future development initiatives."

“These initiatives will be outcome-focused, enabling the University to build on existing areas of teaching and research strengths, and translating that research into areas of local, national and international betterment – making a real difference to real lives.

“We hope that alumni will continue to partner the University in this vision.” 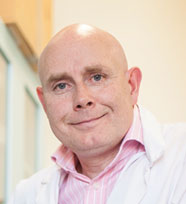 AgResearch Chair in Reproduction and Genomics

The group is leading the development and application of new genetic and genomic approaches in ecology and evolution, enhancing basic science together with conservation and biosecurity outcomes, nationally and globally. 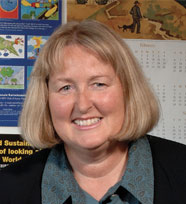 Further developing the Children’s Issues Centre as an authoritative source of multidisciplinary research on issues relevant to children’s development, well-being and rights, projects have included child dislocation in Christchurch, relocation after parental separation and family life in a socio-technological landscape. 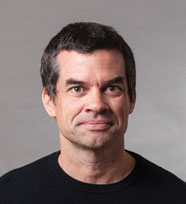 The endowment of this chair has further strengthened Otago's highly regarded Department of Philosophy, with a focus on the thinkers whose work underpins the Scientific Revolution and the Enlightenment. 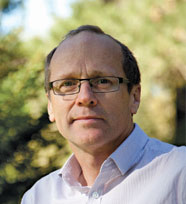 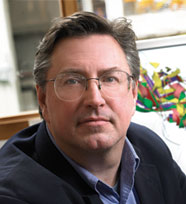 The Laboratory for Molecular Research in Infectious Diseases undertakes research on the mechanisms used by important human pathogens in causing disease. Current projects include HIV/AIDS, tuberculosis and antibiotic-resistant pathogenic bacteria. 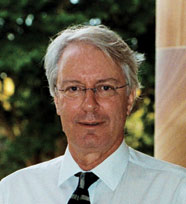 Chair in Peace and Conflict Studies

Established in 2009, the National Centre for Peace and Conflict Studies has become internationally recognised, with research including development and peace-building, peace education, critical terrorism and peace research, non-violent social movements, friendship studies and the role of indigenous actors in conflict transformation. 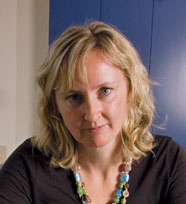 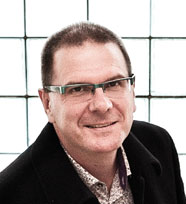 Exploring the genetic determinants underlying childhood diseases, Professor Robertson’s group is now 10-strong and has made significant contributions towards understanding the genetics of a variety of syndromes affecting the development of the skeleton and brain. 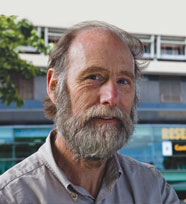 Neonatology research has included New Zealand taking a lead role in international multicentre randomised controlled trials. The department has been strengthened by two general paediatric appointments and achieved A ratings in the latest PBRF assessment. 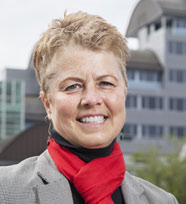 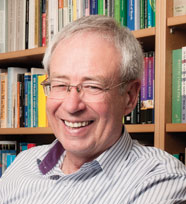 Providing national leadership in the area of multidisciplinary Irish Studies – from literature to economic history, film and theatre to national identity – the endowment of this Chair has enabled Otago to offer the Southern Hemisphere’s only degree in Irish Studies. 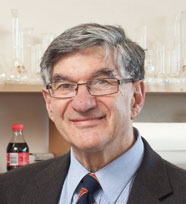 The centre’s internationally recognised work makes significant contributions to reducing the global burden of diabetes and obesity through research and the dissemination of knowledge. This has attracted wide media attention, and influenced public policy and guidelines. 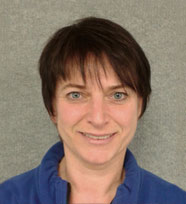 Current research is examining the emotional processing and other cognitive functions, such as memory, to predict social functioning of bipolar patients. Isolating specific deficits would benefit treatment providers and would improve existing remediation therapies. 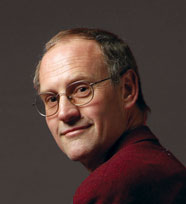 The Centre for Theology and Public Issues has become a stong voice in bringing a theological perspective to a range of public debates, including poverty, social welfare and the environment. 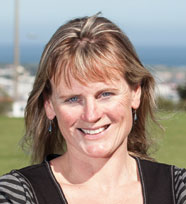 Also Deputy Director of the Edgar National Centre for Diabetes and Obesity Research, the Fellow is investigating different approaches to the effective prevention and treatment of obesity in children, in home, school and community settings, and serves on a number of advisory boards and committees related to this work. 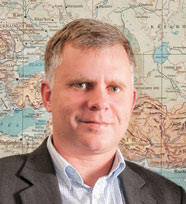 The Centre for International Health has been established to focus on research leading to improved health in under-resourced countries. Projects with New Zealand and overseas collaborators, funded by international agencies, are running in Africa, Asia and the Pacific. 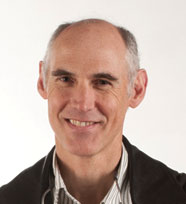 The current McKenzie Professor of Clinical Science is supporting cancer and gastro-intestinal research in the Department of Surgical Sciences, including bio-banking and co-ordination of the Colorectal Translational Research Group, and scientific collaborations throughout the University of Otago and beyond. 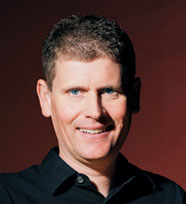 This second endowed chair within the Centre for International Health was established to help improve the health of people in low-resource areas through multidisciplinary research on pressing global health problems. 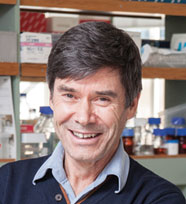 Seeking to understand cancer diagnosis and treatment through first understanding the biology of the disease, recent work has unravelled a molecular “switch” that controls the invasive potential of melanoma cells. Now the focus is on decoding the mechanisms that turn that “switch” on or off. 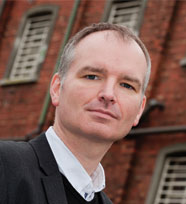 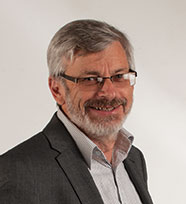 The Chair leads a broad-based research programme identifying new mechanisms by which viruses cause disease and, paradoxically, how they may also be a source of new therapeutics for the treatment of a wide range of chronic human conditions, including cancer and inflammatory disorders. 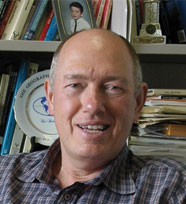 Named in honour of the University’s foundation Professor of Geography, this endowment has enabled leading work in development studies, focusing on areas including urban agriculture, rural development and community resilience in post-conflict Sierra Leone, Zambia and Samoa. 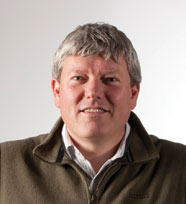 This research vessel is providing a vital platform for a wide range of marine and environmental science activities, from the quiet waters of Otago Harbour to the remote seas of New Zealand’s sub-Antarctic islands. 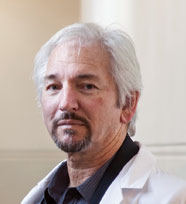 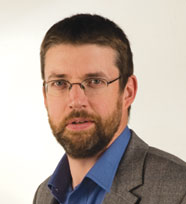 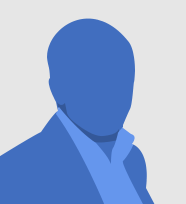 This endowment will enable further research and enhance teaching in urology, a field of men’s health that many consider to be a neglected area of medicine. 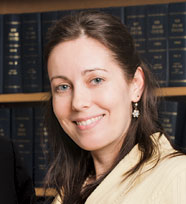 Established to undertake independent research on legal issues relating to how a more accessible, affordable and efficient legal system can be created for the benefit of all citizens, the centre has recently released landmark research about the New Zealand Coroner’s Court, attracting widespread media attention.