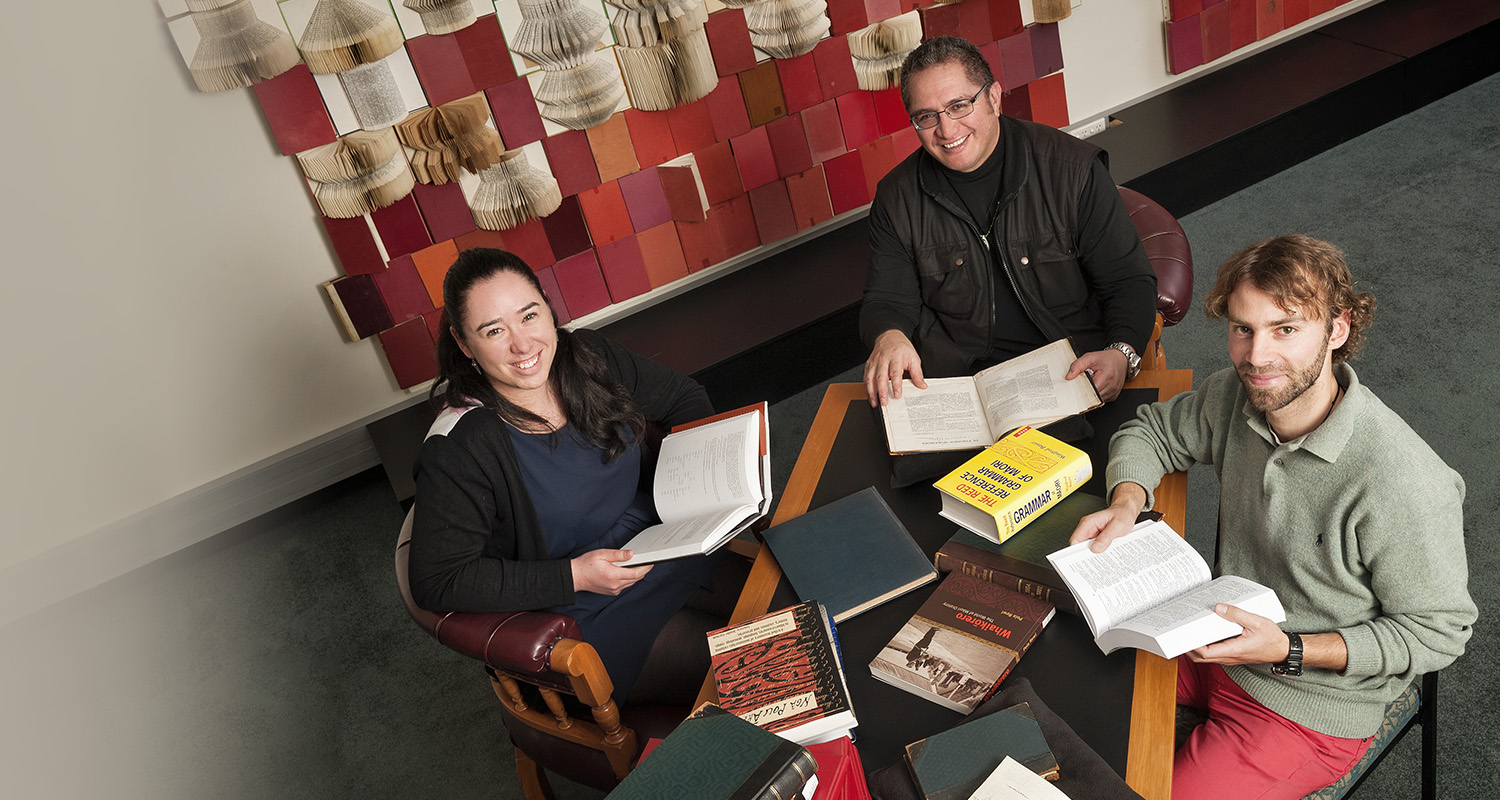 Otago’s Associate Professor Poia Rewi has been one of the key players in a three-year collaborative effort to find the best ways to maintain and revitalise te reo Māori.

Although Māori was the first language spoken in Aotearoa, it only received official status in 1987.

The Māori Language Act addressed concerns that pressures from English meant te reo, once predominant, was becoming largely confined to Māori communities and could face extinction. Other initiatives to revitalise Māori included setting up the Māori Language Commission to promote te reo as a living language.

Whereas New Zealand sign language only became official in 2006, Maori has been the country’s second language – legally valid in documents and life in general – for almost 30 years. So how is te reo Māori faring?

Associate Professor Poia Rewi, of Te Tumu, the School of Māori, Pacific and Indigenous Studies, is one of two leading researchers who have been exploring the current state of the language and how its future might be encouraged.

Rewi and his co-principal investigator, Otago alumna Professor Rawinia Higgins, of Te Kawa a Māui at Victoria University, were among a number of academics who submitted proposals for Māori language research projects to the Māori Centre of Research Excellence (CoRE), Ngā Pae o Te Māramatanga.

Initially none was accepted, but subsequently Rewi and Higgins were jointly approached to formulate a new single project incorporating their own ideas, as well as working with the original goals of Ngā Pae o Te Māramatanga.

Rewi (Ngāti Manawa, Tūhoe, Te Arawa) and Higgins (Tūhoe) spent the first three months on preliminary research, meeting stakeholders from their original proposals and mapping out a plan for the ambitious project.

The result, Te Kura Roa, has taken Rewi and Higgins away from their respective universities on buy-out with Ngā Pae o Te Māramatanga for a three-year collaborative effort to find the best ways to maintain and revitalise te reo.

Rewi is grateful for being given the space to work on such an important and long-running project. “It’s not just the funders and our departments we have to acknowledge,” he says, “but also all the largely unsung support from our colleagues who have taken on additional teaching and work so we can spend three years on doing this research, and everyone who has shared their time, knowledge and language experiences with us.”

One of the project’s aims was to get to the heart of the language, to discover its value and how it transforms the experience and understanding of those who are exposed to it.

To answer that and other questions, the research was split into two related parts, “whaihua” and “waiaro”, evaluating community efforts and government attitudes towards te reo. 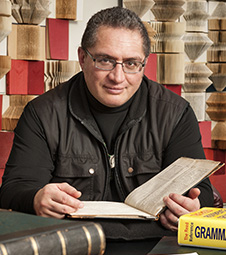 Associate Professor Poia Rewi: “We need to get away from the past culture of non-acceptance and look to the future.”

Rewi led “waiaro”, looking at how the state responds to the language, the impact of its efforts and the role it plays in maintaining te reo. Higgins led “whaihua”, working with Māori education organisations Te Kõhanga Reo and Te Ataarangi to see how successful they are and to judge how responsive communities are to the language. Data were gathered from more than 700 community language people and 12 government departments.

One of the researchers’ early ideas was to develop the ZePA research tool, identifying the potential of people, initiatives or organisations to effect change in language use from zero to passive to active.

“If we find people who rate a zero and are opposed to using Māori, we hope to be able to change their ideas whereby they adopt the passive position, which accepts the idea of language use. Those who are passive might become active users, and people with active responses might be encouraged to speak and use the language more than they do, thereby becoming more active,” says Rewi.

Although initially developed for analysis, the ZePA concept has since been adopted by some major national bodies such as Māori Broadcasting, Māori Television and Māori radio stations.

“The broadcaster is now asking people who pitch ideas for programmes to follow the ZePA model and to demonstrate how what they are proposing will effect positive change.”

The concept has also been invaluable for national and international audiences at conferences and community presentations during the research project. “It’s a way of introducing our ideas that people can pick up very quickly. It is inclusive and doesn’t seek to assess a state of proficiency or vitality. It shows people who are positioned to make a difference in terms of language proficiency how easy it could be to encourage a shift in language maintenance and use,” says Rewi.

“Previous strategy has put a high priority on the passive to active stage, even the active to more active, but we now believe we need to concentrate equal focus on creating more space in the community where people are comfortable speaking Māori. We have to look at how much is being invested in the language and we need to look at non-Māori and grow their language receptivity and, ultimately, their language uptake and use.

“We need to get away from the past culture of non-acceptance and look to the future.”

Rewi is hoping his research with government agencies will bear fruit.

“We’re hoping to have a lasting impact on how central government departments use the Māori language. We’ve had multiple responses regarding Māori language communications, and staff from 12 agencies have already participated.”

Data have been gathered from 46 participants. The researchers have shared their findings in refereed publications, published a book, Te Hua O Te Reo Māori: The Value of the Māori Language, written chapters and articles, presented ideas on radio and television, and promoted their findings at various language initiatives around the country and at international conferences.

They have identified three key themes, which were echoed in other language revitalisation forums they attended.

First, there appears to be a mindset that locks the Māori language into the past, inhibiting its growth. This could be shed in favour of building on the past to recognise contemporary political, social and economic realities.

Second, it is just as important to invest in raising the profile of the Māori language as it is to fund such strategies as improving numbers and proficiency of speakers in certain areas.

The third theme, says Rewi, is clearly indicated by the research. “If we want to revitalise Māori, we need to maintain and grow the language. Using the ZePA model may be the best way to achieve our aims.

“The game-changer is going to be trying to get more buy-in from the rest of the country.”

Next Point to prove