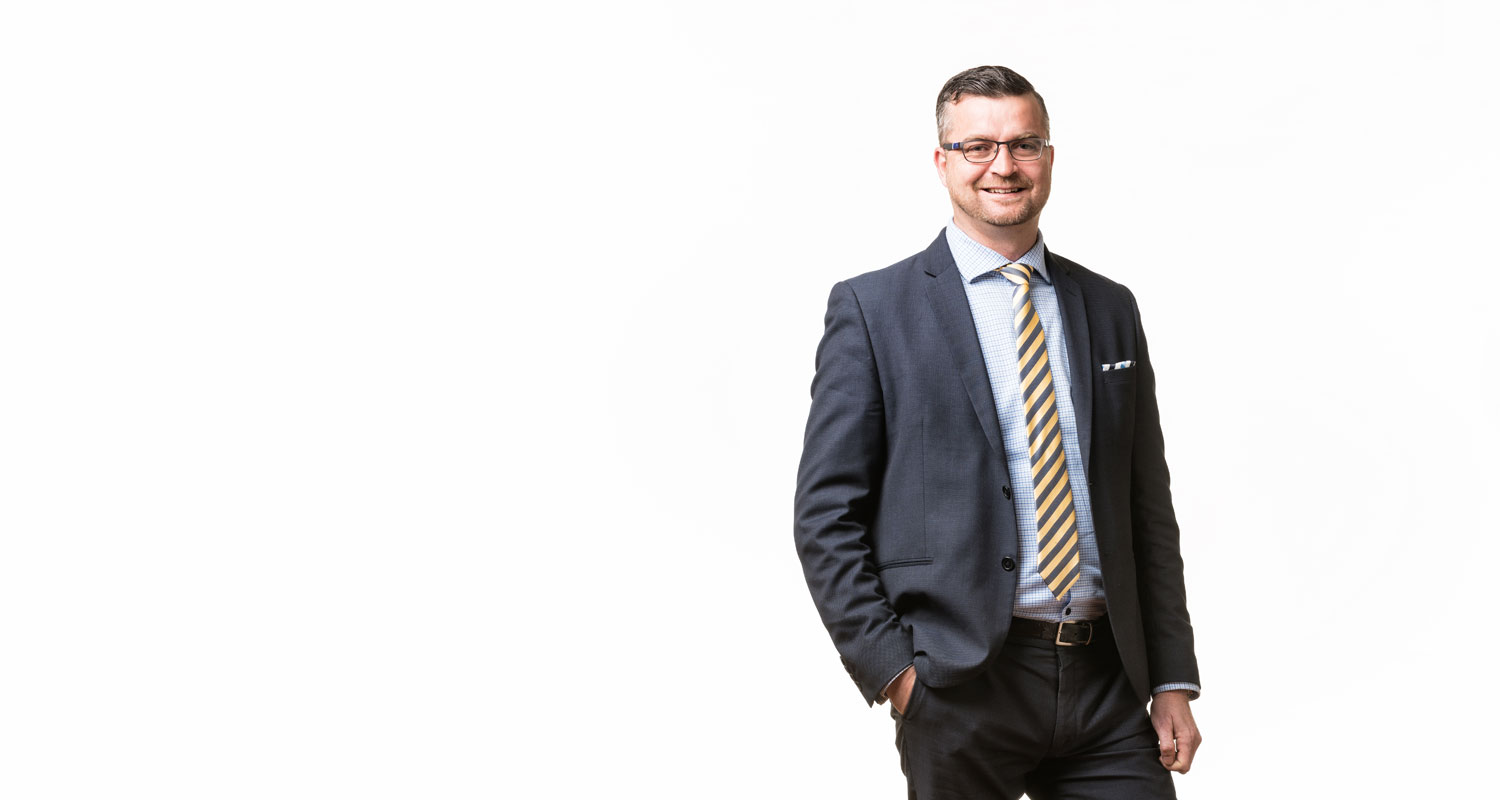 Tank driving, reconnaissance scouting and registered nursing may not seem components of the usual CV for a chief operating officer, but they are all part of the varied work experience of Otago's new COO Stephen Willis.

Leaving school Willis didn't feel ready for university so he joined the Australian Army, which eventually paid for him to gain a nursing degree.

After working in Brisbane he headed to the UK, working in the NHS at a time he describes as "pretty dismal", prompting a move into hospital management.

"I disliked going to work every day wondering what was going to go wrong as a result of not having the right equipment, poor design and poorly planned day-to-day logistics – so that really changed my focus," Willis explains.

On returning to Australia he tackled a master’s degree in health service management, opening new career doors. He spent the next 15 years with Mater Health Services Brisbane Ltd, managing large-scale health-related facility projects across multiple campuses, including Australia's largest health-care precinct, which contained everything from wards and research facilities, to cafés, childcare facilities and car parks.

"My last position was as the Senior Director of Built Environment, which was quite similar to this role in a lot of ways. I was responsible for most of the ancillary services that support hospital precincts, and the property and capital projects portfolio while that organisation went through its largest capital programme ever, over about a 10- to 15-year period."

The budget of just under a billion dollars was not too dissimilar in scale to Otago's programme.

In March last year the tragic loss of baby daughter Maggie, barely 15 minutes after birth, brought an urge for change. When the opportunity emerged to manage Otago's Capital Projects Unit, Willis jumped at it.

"My wife Cheryl and I love the outdoors. I've always loved visiting New Zealand and it was also an opportunity to give us, as a family, respite after having gone through what we did."

After eight months the COO's role came up and he saw it as an opportunity to return to operating at an influential and senior level within an organisation. By that stage they were feeling very settled in Dunedin and ready to commit to a challenging new role.

"What I've learnt is that university campuses and large hospital campuses are quite similar. This is the first time I've worked in the tertiary sector, but the reality is most of the issues are very much the same.

"In health care you are very patient centric and you work to serve the outcomes of the patients. It's no different here – you're there, ultimately, for the students."

One difference he does notice and enjoy is the feel of the Otago campus.

"I find it invigorating. I walk around this place every day and think 'How good is this?'"

"It's a different kind of pace and feeling to that of a big inner-city hospital."

Willis is under no illusions about the building programme's scale, which will place a significant demand on resources.

"This is probably the biggest programme the Dunedin market has seen for a long time. That brings challenges of cost control, quality control and in terms of delivering the projects on time."

Launching the Dental School redevelopment effectively marked the beginning of the first wave. The top four priority projects, worth about $250 million, will all be in the construction phase by the end of this year, while the next wave is already in the design and planning phase.

"Our responsibility isn't just giving students a degree, it is developing them in a broader way. Not just preparing them for their work life, but shaping a better, well-rounded adult," says Willis.

"How we continue to respond to changing needs of students in our unique environment and further develop non-academic services around our students is also going to be a focus."

"Research, teaching – I see my portfolios as being key enablers of achieving all these other things. So it's a challenge for us to continue to have a good understanding of what is required so that we're planning ahead and seen as key partners and thought leaders in our own areas of expertise."

Much of the redevelopment involves funds already been set aside, Willis explains.

"The plan has always been not to borrow, but to fund it through our ongoing operational surplus and past investments."

He is quick to acknowledge his predecessor John Patrick's years of dedication to the University to bring it to this point. He served as COO for more than a decade and as Chief Financial Officer for 14 years prior to that, overseeing exponential growth in the student roll, University revenue and assets.

"John has had a profound impact and has left this University in a financial position to tackle this development plan, so we're in a fortunate position to be able to undertake what we have planned.”

On a personal note, Willis says he, his wife Cheryl, their boys Harry (9), Jesse (7) and daughter Darcie (4) are already feeling settled. This is in spite of further challenging family circumstances after Darcie was diagnosed with cancer just before he took on the COO role. At the time of writing she had just returned from Christchurch after several months of specialised treatment and was doing well.

"I nearly resigned," Willis says. "Your initial thought, when faced with something like that, is to go back to where you've got family and support," he says.

Even though it happened so soon after the loss of their baby Maggie, they decided to stay because they see their future as being in Dunedin. It is a decision they have never doubted because of the support they have received.

"The local community – whether it's the school mums or people I work with – the amount of support that we've been afforded has just tied us even more to the city. I'm just constantly amazed and humbled. We've been embraced by people of all walks of life. That says a lot about community.

"My family is so much happier here. My kids are happy, family life is better – so we describe it as Maggie's legacy."