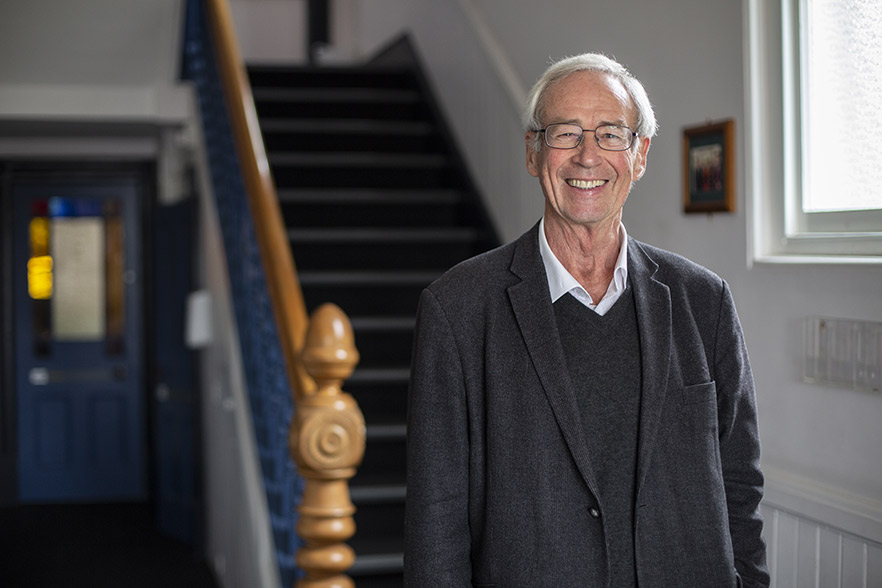 Professor Peter Kuch: ‘There is abundant evidence that Irish couples obtained decrees absolute, despite repeated claims that the Irish did not divorce.”

A hunch by an Otago academic about James Joyce’s controversial novel Ulysses has prompted a rethink on divorce in Ireland and on the novel itself.

Professor Peter Kuch, who holds the Eamon Cleary Chair of Irish Studies and is the Director of the University’s Irish Studies programme, has written a book that has been critically acclaimed for not only recovering a lost history of Irish divorce, but also changing the way the novel is read.

Kuch explains that his research was prompted by the thoughts of Joyce’s two main characters, Molly and Leopold Bloom, about divorce as a consequence of Molly’s adultery.

“These thoughts have traditionally been dismissed as fantasy,” Kuch notes. “My research has shown, as I long suspected, that it was possible for the Blooms to be freed ‘from the bonds of marriage’, even though they were living in a Catholic country that sanctioned separation, but prohibited divorce unless obtained by a private Act of Parliament.

“However, it was possible for Irish couples between 1857 and 1922, having established English domicile, to petition the English court and obtain a divorce that permitted remarriage. Furthermore, there is abundant evidence that Irish couples obtained decrees absolute, despite repeated claims that the Irish did not divorce.”

Kuch argues that “Church and State, committed as they were to an image of Holy Ireland, successfully expunged Irish divorce from twentieth century Irish life”.

Irish Divorce / Joyce’s Ulysses had been published by Palgrave Macmillan in hardback and ebook formats.