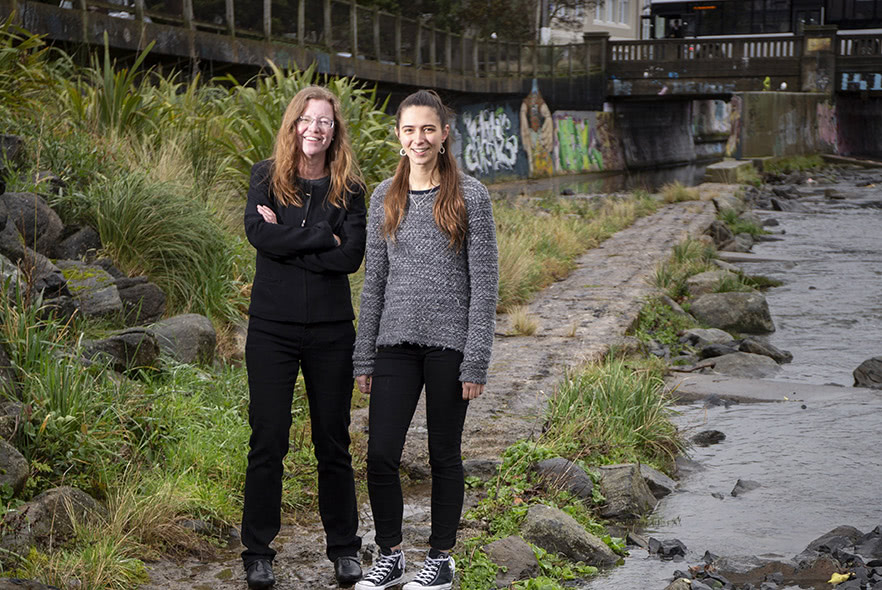 Associate Professor Lisa Ellis and Lauren Holloway: “The most important immediate step New Zealand can take toward an ethically robust sea-level rise policy is to bring certainty and consistency into the legislative framework.”

How should the risks of sea-level rise be distributed between individuals, insurance, and local and central government in a principled way?

They concluded that, without a new legal framework based on a broad social consensus, the risks in both cases will be transferred from the least to the most vulnerable.

“If we stick with the status quo, adjustment to sea-level rise is going to exacerbate existing inequality,” Ellis says. “Nobody in New Zealand wants that. They want policy to be in line with consensus ethical values. They want government to do what people think is right.”

The researchers identified two ethical values that they believe are particularly important to New Zealanders: that people are treated equally and that they have a say in policy that affects them.

“The most important immediate step New Zealand can take toward an ethically robust sea-level rise policy is to bring certainty and consistency into the legislative framework.”

They assert that central government should resource adaptation to sea-level rise nationwide, so that community resilience does not vary with the ratepayers’ ability to pay and that, at a local level, the public should be engaged “as early and deeply as possible” in decisions about their lives.