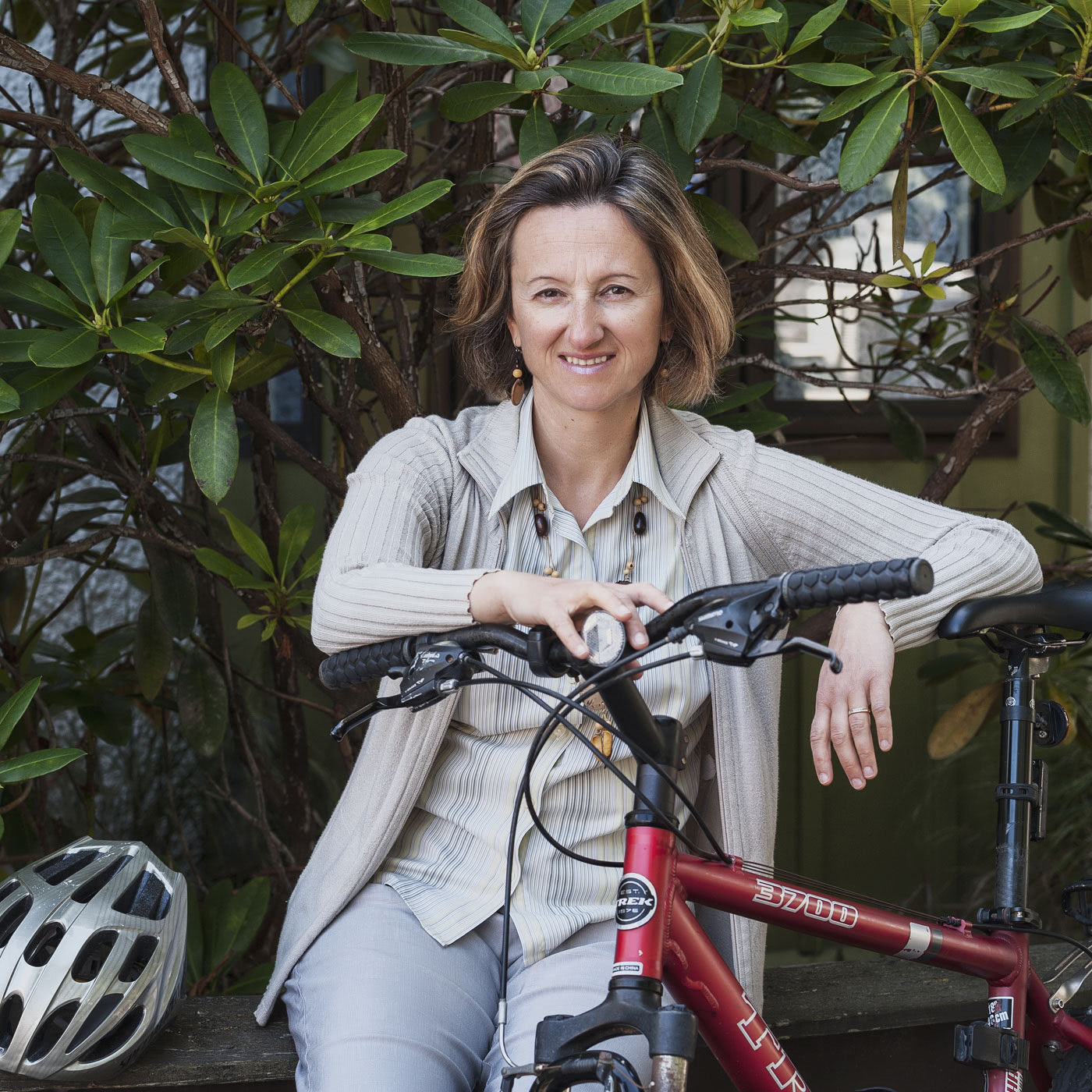 Research into how adolescents get to school and its impact on their level of physical activity is prompting a rethink in transport policy and practice.

Over the past seven years the multidisciplinary BEATS (Built Environment and Active Transport to School) research programme has spanned the fields of exercise science, public health, environment, transport and education, gathering a breadth and depth of data related to adolescents’ transport to school – including survey data from more than 2,600 adolescents and 400 parents across Otago.

The programme developed from Mandic’s research who, as an exercise scientist, had been collecting and analysing data on adolescents’ physical activity, including how they travel to school. That piqued the interest of the Dunedin City Council (DCC) which wanted to understand more about road safety around secondary schools, particularly around the city centre.

“We reviewed the literature and identified a wide range of factors that influence how young people travel to school. In addition to age and gender, there’s also the influence of family, peers and the school,” says Mandic.

“The built environment around an adolescent’s home and their school is also important in determining how they travel from place to place. There’s also the influence of educational policies such as school choice.”

Mandic says the original BEATS Study, which was supported by all 12 Dunedin secondary schools, looked initially at the patterns of how young people travel to school in Dunedin.

“We looked at their home neighbourhood environment and examined their physical activity levels. We didn’t just collect information from students, we also collected data from parents, teachers and school principals.”

Parents and adolescents were surveyed, while focus groups were also conducted with students, parents and teachers. School principals were interviewed.

“Adolescents marked their route to school and the safe and unsafe areas on a paper map. We presented the findings to the city council to make some changes around the central city school areas.

“Some adolescents also wore activity meters for a week so we could measure how much physical activity they do. The initial BEATS Study was quite comprehensive and took us three years to collect the data.”

Members of the research team are now busy publishing findings from the initial study. Meanwhile, the programme of research kept developing and, two years ago, was extended to 11 rural Otago schools.

“We now have data to compare urban versus rural areas. A lot of what researchers understand about how young people travel to school has been done in the cities, but does the same thing apply for a smaller place like Roxburgh, Tapanui or Wanaka?”

In the most recent Health Research Council (HRC) funding round the BEATS research team received almost $1.2 million to extend the original study and examine whether cycleway construction in Dunedin since 2014 had changed students’ travel behaviours and perceptions of the built environment for walking and cycling to school. 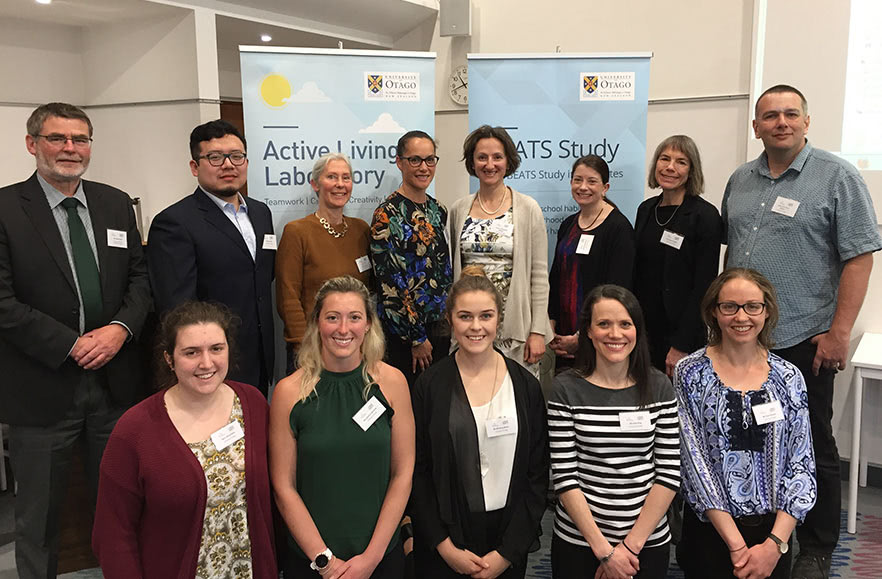 Since the original study, the Dunedin City Council has carried out considerable infrastructure changes to improve safety around schools near the central city area, using some of the BEATS findings to inform their changes.

One of the key findings their research to date has shown is that while walking and cycling are both forms of active transport, they are very different and need to be treated that way.

“Walking and cycling have different barriers and different enablers – especially with respect to infrastructure.

Another important finding from this research related to school choice.

“Some Dunedin adolescents live within walking distance of their closest school yet they’re driving, or being driven, 10 kilometres to the school of their choice,” says Mandic.

“So, regardless of what we do as health promoters – and we can build all the cycleways we like – if those adolescents are travelling a long distance to school they are not going to walk or cycle. Changing the infrastructure won’t change their travel habits if it is not supported by other changes.

“The BEATS research stemmed from our work that involved the DCC, the schools, the communities and input from individuals outside academia. The impact of this is now spreading nationally and even internationally.”

“We have found the optimal distance for walking to school in Dunedin is up to 2.25 kilometres. Students living beyond that distance are unlikely to walk to school, but they could potentially cycle if living within cycling distance and if cycling was perceived as safe.

“For those living beyond reasonable walking and/or cycling distances to school, we could encourage parents to drop them off and pick them up further away from school instead of driving them to a school gate. This would reduce traffic congestion near the schools at drop-off and pick-up times and adolescents can get some physical activity and the benefit of socialising with their friends while using active transport to and from school.”

Many of the BEATS research team’s findings are now feeding into policy. They have also been organising symposia for the community to share their latest findings.

“In 2019, as part of the TALES Symposium, a working group of experts from different sectors was formed and developed the key policy recommendations for increasing active transport in New Zealand.”

Mandic says that the BEATS team is now starting to look at multiple layers of the BEATS research data together and looking across the issues related to adolescents’ transport to school.

“The BEATS research stemmed from our work that involved the DCC, the schools, the communities and input from individuals outside academia. The impact of this is now spreading nationally and even internationally.”

An examination of school bag weight showed that both adolescents and parents perceived it as a barrier to active transport. The average weight of Dunedin adolescents’ bags was 5.5kg – nearly 10 per cent of their total body weight.

“These findings are basically saying, even if you live 10 kilometres away from school and you can’t walk all the way to school, you should look at using active transport for at least part of the journey – maybe at the start, maybe at the end. This is one way adolescents can incorporate physical activity into their everyday lives.”

Master’s student Tessa Pocock completed an environmental audit of the streets in a 500-metre radius around each of the 12 Dunedin secondary schools. This took into account big features, like the number of intersections and what’s available in the neighbourhood, with some of the specific street features.

“When built environment features were analysed together with adolescents’ perceptions of the route to school, the most important predictor of whether they walked to school was whether they thought walking to school was safe or unsafe,” says Mandic.