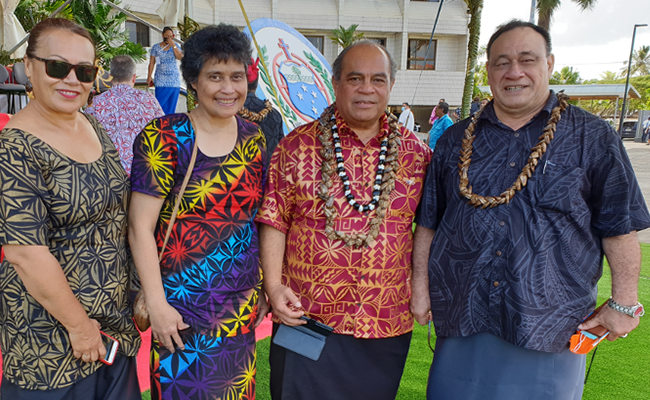 After being named as Companion to the New Zealand Order of Merit this year, Director of Va’a o Tautai serves as a companion of a different kind.

The Prime Minister and her special delegation traveled on the Royal New Zealand Airforce Boeing exactly 60 years after the Treaty of Friendship between New Zealand and Samoa was signed on 1 August, 1962.

“It’s a surreal experience, travelling on the NZ Airforce plane with the Prime Minister and then onto a motorcade in Samoa,” Professor Sopoaga says.

The relationship between the two nations is unique in that they share the only Treaty of Friendship that New Zealand has with another country.

Professor Sopoaga works part-time for the New Zealand Ministry of Foreign Affairs as part of her role within the University of Otago, and she is staying in Samoa to continue with this work.

While the New Zealand Government has its own independent engagements with the Government of Samoa, the University of Otago is also considered a friend of Samoa.

Otago University has a longstanding Memorandum of Understanding with the National University of Samoa (NUS), dating back to 2004.

This arrangement has facilitated many exchanges between the Universities, presenting capacity-building opportunities through scholarships for post-graduate training. 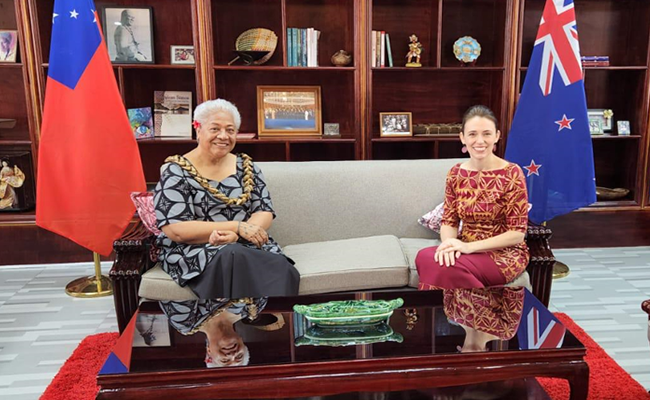 The University of Otago hosted the former Prime Minister of Samoa in 2018, and Pacific External Engagement Manager Tofilau Nina Kirifi-Alai has led engagements between the two Universities and with other key leaders in Samoa over the years.

Va’a o Tautai was at the forefront of the recent University festivities celebrating the 60th year of the Independence of Samoa, the first country in the Pacific to become independent from colonial powers.

The theme of friendship was embraced at this event as University staff, students and the Samoan community shared a meal and watched performances together.

“At a time when we are responding to many different and new challenges, it is also very important to pause and celebrate the fantastic milestones that we have achieved together,” Professor Sopoaga says.

“Where there is friendship there is always hope for a better tomorrow.”