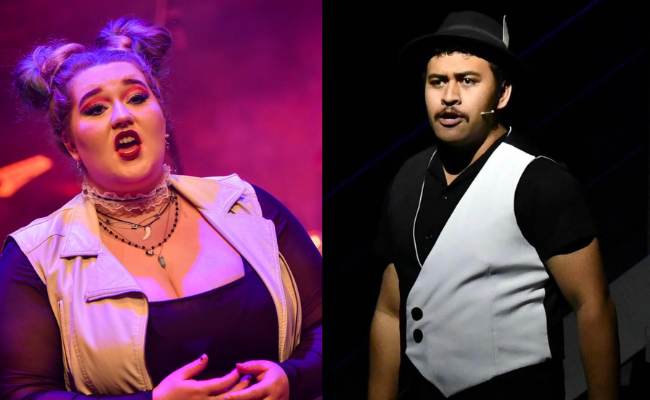 Jess Clarke and David Tuitama are looking forward to bringing to life their take on iconic roles Matron Mama Morton and Amos Hart.

Three University of Otago students would agree their learning has been accelerated as they take on the trial of the century in dramatic form.

Based on real-life events, Chicago follows the story of wannabe vaudeville dancer Roxie Hart whose hidden affair results in the murder of her lover and a surprisingly dazzling stay in the Cook County Jail.

Preparing for the role of Matron Mama Morton is Master of Peace and Conflict studies student Jess Clarke.

“I actually sang one of Mama’s songs when I auditioned for the School of Performing Art,” she laughs.

“I am excited to play Mama and I’m enjoying the work that goes into it. I’ve been given the opportunity to share an iconic role and I’m making sure I do it authentically, with a respect to the legacy of it.”

After playing the role of Ada Wells in That Bloody Woman last year Jess is enjoying working with Taieri Musical again. She says the creative team’s approach to understanding a show complements her undergraduate performing arts studies and love of history.

“I’m enjoying the development of my character. Our director Kim really does her research and works so openly with us on understanding our roles. While she knows what she wants on stage she works collaboratively with us off stage. I enjoy the focus of understanding the history behind our characters so we can make decisions as actors which are authentic. It puts into practise what I was taught in my Bachelor of Performing Arts.”

In the role of the ironically unforgettable Amos Hart is Bachelor of Performing Art student David Tuitama. David understudied the role in East Otago Musical Theatre’s production earlier this year.

He joined the cast knowing a lot about and Amos, but working on the character in more depth had made it really fresh for him.

“Even working with the music, I have learned so much. I’ve been working on my solo songs with musical director Bridget, and I’ve grown in such a short space of time. I’m excited to see how much growth I’m going to gain in this process.” 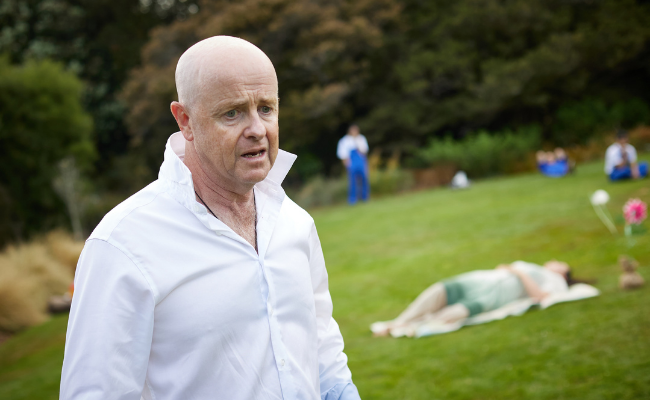 Diploma for Graduates student Brent Caldwell steps into the MC role in Chicago.

Alongside Jess and David is Diploma for Graduates student Brent Caldwell who plays the role of the MC and is thrilled to be taking the stage in his first musical.

“I set a goal last semester when I started singing lessons. I’m surprised to be here,” Brent laughs.

“I started lessons with Arlie McCormick and realised I had a lot still to learn. While doing my studies I’ve learned about how much work goes into the making of a show, especially for a director and now I’m watching first-hand as Kim pulls together Chicago.”

Chicago is Broadway’s longest running revival show and is being staged in September with a student night offering half price tickets.