Celebrating 2012 and goodbye to Björn

2012 was a very successful year for the Otago Pharmacometrics Group. Major achievments included:

These acievements called for a lunchtime celebration with food from around the world!

But sadly it was also time to say goodbye to Björn who has finished his project with Hesh & Steve. Björn will be returning to Sweden soon to finish his Masters degree in Pharmacy. We wish him all the best for his future!

The group welcomes Tom Harper as an Assistant Research Fellow. Tom is working with Steve on the SimPharm project.

Julia has returned from a two months internship at Model Answers Pty Ltd in Brisbane. She will also be working as an Assistant Research Fellow on the SimPharm project.

Already in October, the group sadly had to say goodbye to Deborah Ng who returned to Malaysia. Deborah has since submitted her report on the research she did with Abhishek and Steve and will finish her BPharm degree at IMU in May next year.

Björn Niklasson has joind us from the Sahlgrenska Academy, Gothenburg University in Sweden for a four months project as part of his pharmacy degree. Björn is working with Hesham and Steve on the development of a K-PD model for unfractionated heparin. 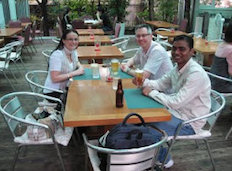 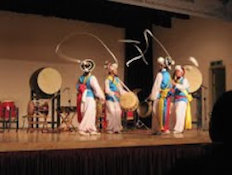 Julia had the honor of opening this conference with her invited talk on Red blood cell survival and its influence on clinical biomarkers, while Chakri presented his work on Why a Decrease in Between Subject Variability May not Occur When Adding a New Covariate? in the poster session.

Shan Pan has recently joined our group as PhD student. She will be working on a pharmacokinetic-pharmacodynamic model for low-dose methotrexate treatment of rheumatoid arthritis. Shan is supervised by Steve and Associate Professor Lisa Stamp (Department of Medicine, University of Otago, Christchurch). 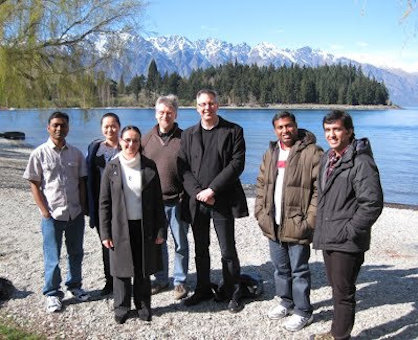 Earlier this week the group attended this year's New Zealand meeting of the Australasian Society of Clinical and Expetimental Pharmacology and Toxicology (ASCEPT). The meeting was part of the Queenstown Research Week and we were blessed by wonderful weather at a beautiful location.

On 1 August Deborah Ng has jouned our group as a visiting BPharm student from the International Medical University (IMU) in Malaysia.

During her time here in Dunedin Deborah will carry out a proof of concept study for a novel clotting time test to monitor enoxaparin treatment under the supervision of Abhishek and Steve. 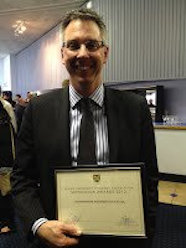 Out of a total of 94 nominated academics, Steve was one of the 14 supervisors that received a OUSA Supervisor of the Year Award at yesterday's function. Congratulations!

Chakri was recently featured in the Pharmacy Today magazine for winning the Nick Holford student prize at PAGANZ in February.

Lee-Kien Foo finished her PhD in our group at the end of last year and has now officially graduated!

Lee had already returned to her lecturer position in Malaysia in January and could unfortunately not attend the official graduation ceremony on 19 May, but we are sure she had a nice celebration back home with her family and friends instead!

The group welcomes Vittal Shivva from Hyderabad, India, who joined us in early Febraury as a new PhD student.

Vittal will be working on bioavailability and bioequivalence (BABE) studies.

The 14th meeting of PAGANZ was held at Monash University, Melbourne (AUS) from 6–8 February.

All attendees from our group (Steve, Hesh, Dan, Julia, Abhi, Chakri, and Katie) gave oral presentations on their work, and Chakri was awarded the Nick Holford student prize for his presentation entitled A reduction in between subject variability is not mandatory when adding a new covariate! Well done!!!

2012 brought quite some changes to the group with 3 people leaving:

Pavan left us for a permanent position in the UK; Paul returned to France to work as an anaesthetist again; and Lee went back to teaching statistics to IT students in Malaysia now that she has officially finished her PhD.

Good luck to all of you in your new (old) life!
We will miss you greatly!!!