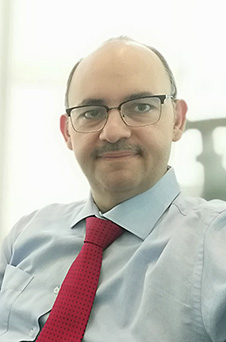 Thesis topic: The interactional political aspects of the Syrian crisis

He has worked with the Syrian Foreign Ministry and has held diplomatic postings at embassies in Tehran, London and Yerevan.

Hosam’s PhD research addresses the interactional political aspects of the Syrian crisis. Specifically, it focuses on the negotiation efforts that were intended to end the Syrian conflict.

The project examines the performance of the Syrian parties to the UN-sponsored talks that aimed to produce a political transition in Syria via the relevant Security Council Resolutions. The research attempts to delineate the internal and external determinants that influenced the performance of the Syrian parties in their interactions throughout the political process, particularly during the UN-led negotiations and the Astana track.