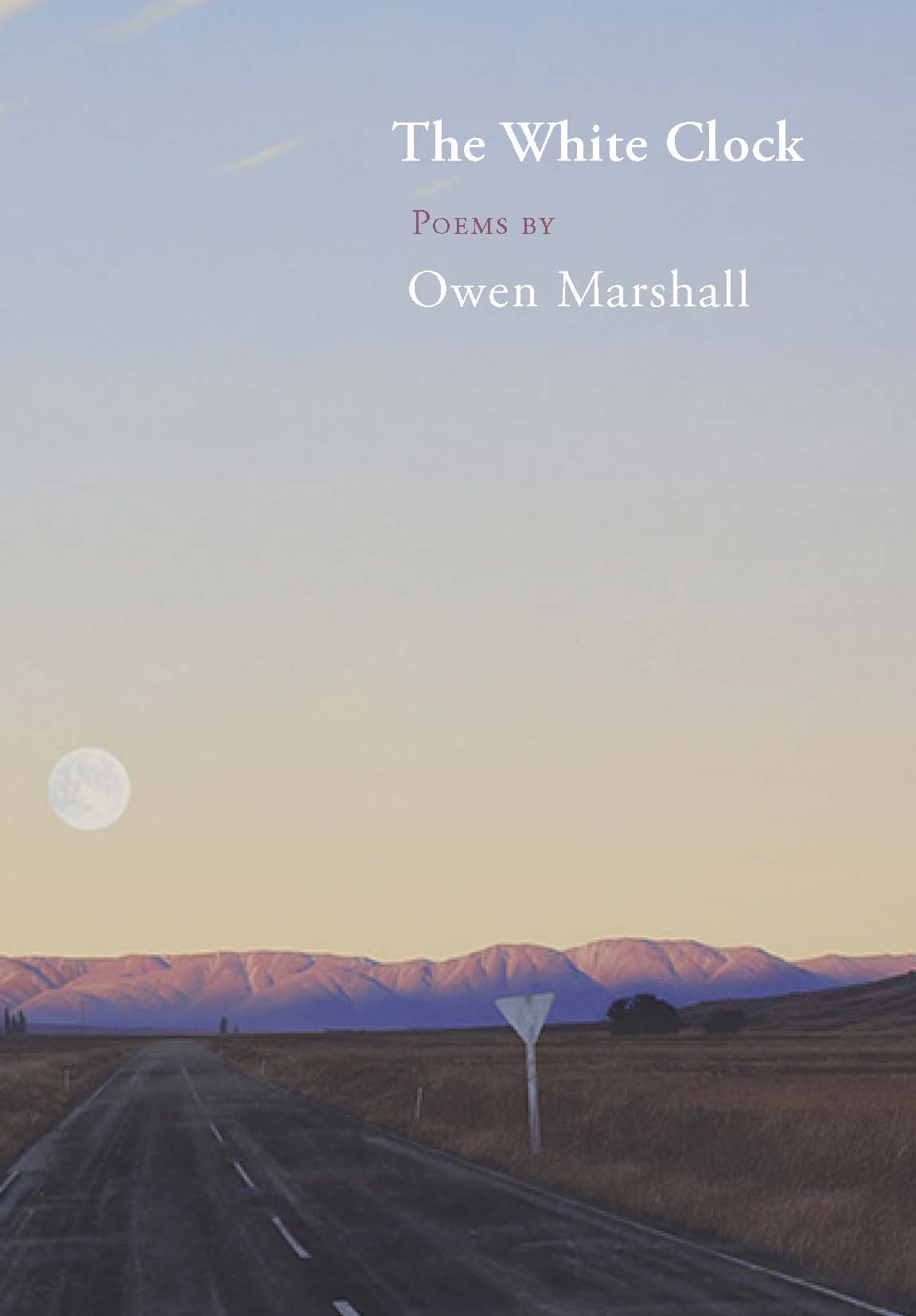 Delving both into ‘the worlds of the mind’ and ‘where he happens to be’, Owen Marshall brings us poetry that is steeped in the Classics, History and Literature, and yet is alive with the vivid particulars of damp duffle-coats and hot-air balloons, beer and bicycles, willows and skylarks, kauri gum and limestone tunnels.

Marshall’s work, taut with aphorisms, mining the philosophical, is nevertheless understated and wry. It is as likely to explore the nature of enduring love and the sacrifices made to adhere to a personal morality, as it is to delight in the image of a small child’s animal élan on a trampoline.

With a crisply erudite vocabulary, yet a direct and lucid manner, Marshall takes us from Gorbio to Nelson, from Turkey to St Bathans, from Richard III to resentful schoolboys on detention; from intimate endearments to a portrait of the disillusioned guy in the pub cover band. His dry, even acerbic humour and verbal control effect a keen-eyed watch on any melancholia and despair that grow out of staring too long into the fire of human folly.

OWEN MARSHALL has written, or edited, 25 books, including three collections of poetry. He has held fellowships at the universities of Canterbury and Otago, and in Menton, France. In 2000 his novel Harlequin Rex won the Montana New Zealand Book Awards Deutz Medal for fiction. Marshall is an adjunct professor at the University of Canterbury, which awarded him the honorary degree of Doctor of Letters in 2002. He received the ONZM in 2000 and the CNZM in 2012 for services to literature, and in 2013 the Prime Minister’s Award for Fiction.