The work of Ted McCoy 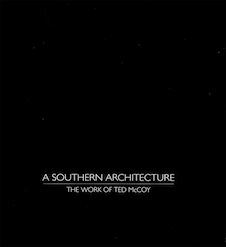 The forms of Ted McCoy’s houses can recall the early stone and mud brick buildings of the colonial era in Otago, as this region has been both his locus and his inspiration.

Amongst New Zealand architects, McCoy is outstanding in that he has a detailed colour photographic record covering 50 years of work. He was awarded a national medal for his first commission, a students’ hall of residence, at the age of 25. His work ranges from Central Otago holiday houses, through schools and churches to multi-storey university and commercial buildings, shopping malls and a cathedral. In 1980, he was selected from all New Zealand practices to design a new National Art Gallery in Molesworth Street, Wellington. He designed the New Zealand High Commissioner’s Residence in Canberra, Australia, and the Chancery for the High Commission in Papua New Guinea. And he was called from retirement in 2000 to lead the fine redevelopment of the Otago Museum.

In this book, McCoy presents his work chronologically with an accompanying text. As Douglas Lloyd-Jenkins comments in his introduction, ‘In trying to pigeon-hole McCoy exclusively as one thing on a list that might include – a post-war innovator, one of the master big building modernists of the 1960s and 1970s, a house architect of proven ability, a sophisticated maker of church architecture or a superb interpreter of the post-modern moment – is to lose understanding. Ted McCoy is not one, but all of those things.’

TED McCOY holds the Gold Medal for lifetime achievement in architecture from the NZ Institute of Architects and has won eight national awards and twenty regional awards for his buildings. He was made an Officer of the New Zealand Order of Merit in 2004 for services to architecture and heritage. With Gary Blackman he co-authored Dunedin, Victorian City of New Zealand (1968), and he was a contributing author to Historic Buildings of New Zealand, South Island, published by the New Zealand Historic Places Trust (1983).