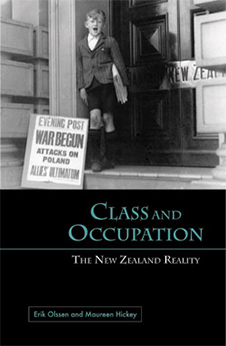 During the nineteenth century, men in leading industrialised societies came to be characterised by their occupations – miner, servant, farmer, doctor. The first substantial wave of British immigrants into New Zealand brought this way of thinking and subsequent waves strengthened it. By the early 1900s, it was a unionised society categorised by the breadwinner's wage, which in turn largely determined the chances his wife and children would be given in life. The New Zealand Census reflected this attitude by introducing an occupational census, largely ignoring many features of the colonial workforce and following its British counterpart.

ERIK OLSSEN is Professor Emeritus and former head of the History Department, University of Otago. He was Principal Investigator of the Caversham Project.

MAUREEN HICKEY is an historian for the Office of Treaty Settlements.