Class, Gender and the Vote 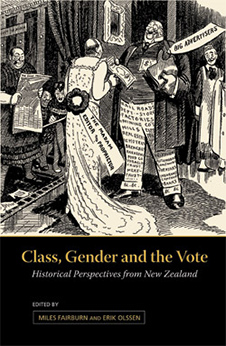 With the rise of the study of social history in the second half of the twentieth century, the focus of many historians shifted from politics, high culture and foreign policy to new areas, including health, demographics, families, crime, women and immigration. But with this new historical work came a problem that threatened coherence in the field: how to deal with the detail of so many different pasts amongst the people of New Zealand?

The editors of this book set out to show that a quantitative approach to history can help to rectify this problem. The essays they have chosen address some potent themes – class, mobility, gender and how people vote – and also represent some of the work that has been produced by two major research projects: the Caversham Project, initiated by Erik Olssen in the late 1970s and based at the University of Otago, and the New Zealand working class conservatism project, founded in 1998 by Miles Fairburn and S.J. Haslett at the University of Canterbury. The book is divided into five sections: class, segregation and religion; class and mobility; class, gender and voting behaviour; class imagery; and a final section on best practice in quantitative historical research. This makes the volume a rich and rewarding read.