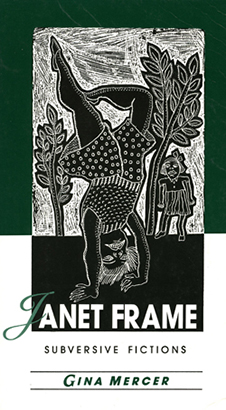 A must for serious readers – the first book-length review of Janet Frame's writing.

New Zealand writer Janet Frame became world-famous through An Angel at My Table, the film based on her autobiographical trilogy. Here, Gina Mercer presents a dynamic discussion of all of Frame's works, beginning with her controversial debut in 1951 with The Lagoon & Other Stories. Since then Frame has published eleven novels, each addressing fundamental social issues which concern the marginalized. From Owls do Cry and Faces in the Water, which powerfully evoke the plight of the mentally ill, to The Edge of the Alphabet and Scented Gardens for the Blind, which explore the threat of nuclear war, Frame offers a radical critique of our most basic social structures. The Adaptable Man, A State of Siege and The Rainbirds challenge religious assumptions, and her most recent fiction, The Carpathians, even offers an alternative to the Garden of Eden. Mercer's challenging and informed study considers the curious response to Frame's autobiographical works, and includes a comprehensive bibliography.

'Frame's fiction has urgently needed this kind of exploration, which focuses on her radical approach to form and language, in the light of recent critical theory. The result is lively, genuinely original ... illuminating.' Terry Sturm