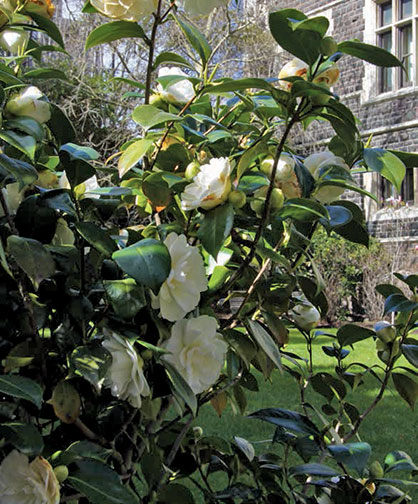 The white camellia was originally planted near the University Union Building in 1993 to commemorate the centenary of women’s suffrage in New Zealand.

It was transplanted to the present location in September 2004. Two additional camellias were also planted at that time by the Staff Women’s Caucus to further commemorate women’s suffrage.