Researchers have discovered the likely cause of a highly fatal respiratory disease that has caused mass deaths among critically endangered hoiho chicks during the past three years.

About 25 per cent of the chicks from the mainland died of the disease during the 2021 November to December hatching season.

The research group, which includes the Dunedin Wildlife Hospital, Yellow-Eyed Penguin Trust, Department of Conservation, Ministry for Primary Industries, and both Otago and Massey universities, has also developed a PCR test to identify the presence of the virus in the future.

A total of 137 wild hoiho chicks were admitted to the Dunedin Wildlife Hospital. Thirty-one of those had been admitted because they started showing signs of respiratory disease within their first week of life. The majority – 27 – died within 12 to 24 hours of presentation of symptoms, one survived for five days with intensive veterinary support before succumbing, while just three were able to be successfully treated and returned to the nest. 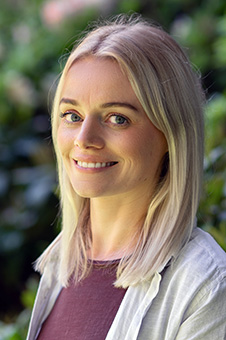 “We collected tissues from the chicks that died of Respiratory Distress Syndrome and used next generation sequencing technology to try to identify any pathogens present. This is the same technology that Chinese scientists used to identify that a new coronavirus was causing a respiratory disease in humans, which of course was later named SARS‑CoV‑2.

“We identified a novel gyrovirus that appears to be abundant in samples from the diseased chicks. The virus is related to other gyroviruses that cause disease in other birds, including chickens,” she says.

The disease was initially identified in 2019, although historical epidemiological records show the first suspected cases as early as 2015.

It presents as lung congestion and haemorrhage, and lymphnoid depletion in the spleen and bursa.

“In 2020 and 2021, the number of chick deaths from this disease increased four and five-fold, compared to 2019, with a mortality rate of more than 90 per cent. Chicks usually succumbed to the disease within the first 10 days of life,” Dr Geoghegan says.

Understanding the disease and the virus, so it can be prevented and treated is the next step.

“Related viruses that affect chickens have vaccines to prevent them so a vaccine might be a possibility one day, but there is a lot more work to do.

“The disease has only really been noticed in the past few years, meaning it is likely a new virus in hoiho. This means the virus would have likely jumped from another animal – perhaps another seabird – to hoiho recently. This is part of our ongoing investigation – to try and understand from where and when the virus emerged.”

Three populations of hoiho are monitored annually by various organisations from three regions across Otago. Samples collected in this study originated from Moeraki, Otago Peninsula and the Catlins. Newly hatched chicks were monitored and weighed every two to three days and chicks from nests that demonstrated respiratory symptoms or weight loss were immediately transferred to the Dunedin Wildlife Hospital for treatment.

Considered to be one of the rarest penguins in the world, hoiho are critically endangered. There are two populations; northern, which occupies mainland New Zealand and Stewart Island, and southern, which is the subantarctic Auckland Islands and Campbell Island. The northern population has experienced a dramatic decline with numbers decreasing by 75 per cent over the past 30 years.

“It is feared they will be extinct on mainland Aotearoa within the next few decades, with infectious disease a significant contributor to their decline. That’s why this collaborative effort is extremely important, so we can ensure the survival of this taonga.”

The research was funded by the Morris Animal Foundation.