Sir John Walsh made such a remarkable contribution to dentistry in New Zealand that Chapter 8 of Tom Brooking’s A History of Dentistry in New Zealand is entitled the ‘Walsh Era 1947-1972.’ After graduating with a first class honours degree in dentistry (followed by a medical degree), and then serving as a medical officer in the Royal Australian Air Force, this self-described ‘brash Australian’ was appointed as the third Dean of the School of Dentistry at the University of Otago in 1946.

Walsh was a powerful advocate for research. Staff in the Faculty of Dentistry were encouraged to undertake PhD study.The School of Dentistry set out to grow its own researchers by introducing the highly successful MDS (Master of Dental Surgery) graduate programme. Some fifty years later this degree was replaced by the Doctorate in Clinical Dentistry (DClinDent) featuring a considerably expanded research component. This increased the research experience and clinical expertise of graduates in a world where biological knowledge, and its impact on clinical practice, are changing at an unprecedented rate. This initiative undoubtedly would have been endorsed by Walsh.

Walsh also expanded research activity by attracting research funding. He established the Biochemical Research Unit within the Dental School in 1960, and supported an electron microscopy suite, now reflected in the Otago Centre for Electron Microscopy.

One of his most significant, but least well-known achievements, was developing a high-speed dental handpiece.

Early electric drills were inefficient and caused considerable discomfort to patients. While testing the hearing of Australian airmen Walsh not only identified frequencies that caused pain but also those that did not. This led to the hypothesis that the vibrational frequencies from sufficiently high speeds could minimise patient discomfort.

With the assistance of H.F. Simmons from the University of Otago Department of Physics, an existing air-powered low-speed drill was modified to operate initially above the 42,000 rpm vibrational threshold, and then at 60,000 rpm. In 1947, Walsh persuaded the Ministry of Science and Industry to underwrite the development of the air turbine handpiece at the Dominion Physics Laboratory in Lower Hutt.

By 1949, a prototype was made, Walsh then obtained the results that contributed to his DDSc (Doctorate of Dental Science) from the University of Melbourne, and a New Zealand patent. Although the prototype overcame the pain problem, its high-pitched noise, excessive exhaust of air into the patient’s mouth, and the too-frequent seizure of its primitive bearings (due to overheating) made it difficult to obtain further support from government or commercial sources. American and Swedish researchers had overcome the the technical problems in the mid 1950s to produce the Borden Airotor. 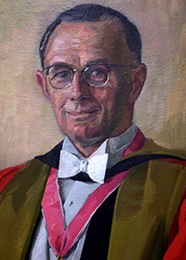 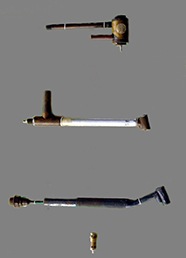