A new SJWRI-led outreach project, supported by the government’s Unlocking Curious Minds initiative, is using a hands-on activity - making impressions of animal teeth - to introduce children to the science of everyday life. The project, titled 'Making a good impression: from fossils to false teeth' was one of 44 projects supported for funding in the 2016 Unlocking Curious Minds investment round, announced by the Minister of Science and Innovation last week. 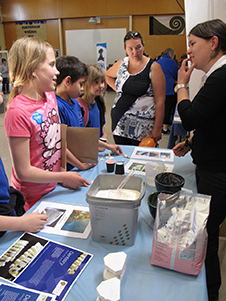 Led by research fellow Dr Carolina Loch and SJWRI Director Professor Richard Cannon, Making a good impression: from fossils to false teeth aims to engage with students from lower-decile primary schools in Dunedin in order to unlock their curiosity about the science behind fossils, animal teeth and tooth function, and also raise their awareness of oral health. Children from lower decile schools tend to have fewer opportunities for hands-on science activities than pupils from high decile schools, as well as experiencing poorer oral health.

The activity will involve the students taking impressions of teeth from various marine and terrestrial animals, including taonga species, to make replicas that they can keep. Accompanying videos, which will be made available on the SJWRI website, will explain the science behind fossil formation, dental impression taking, tooth shape and function, and the importance of looking after your teeth for good oral and general health.

The hands-on part of the Making a good impression project was first trialled as part of the highly successful UCM-supported 'Family Science and Technology Experience' sessions organized by the Otago Museum between October 2015 and February 2016, at schools around Dunedin, and further developed it as part of the Otago Museum’s Oral Health Open Day in March of this year. In each case, Carolina and Richard were very encouraged by the strong interest and engagement we saw with children and their parents in the activity and the educational messages associated with it. 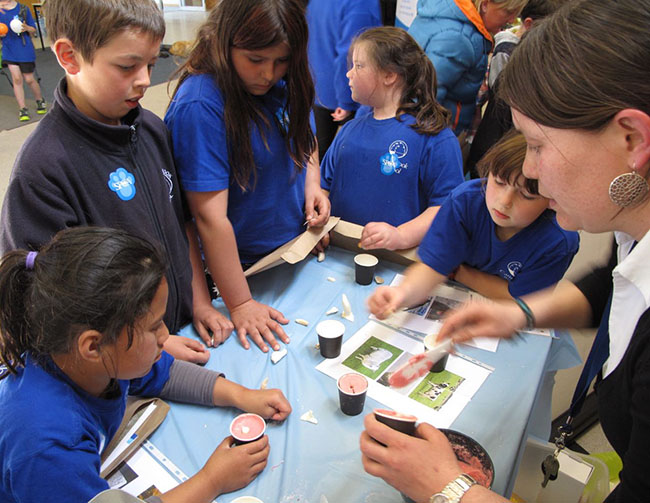 Funding from the Unlocking Curious Minds initiative will support further development of the hands-on activity and the associated videos, and taking the activities to schools around the Dunedin area. 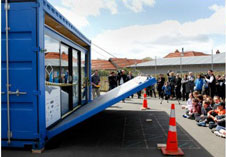 If successful, the team hopes to extend the pilot outreach regionally, potentially in partnership with the University of Otago’s Lab In A Box project, also supported by Unlocking Curious Minds.