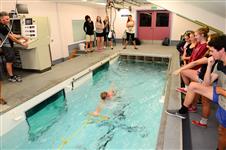 This circulating water channel is the only one of its kind in the Southern Hemisphere. Water speed in the flume can be altered to between 0.3 - 3.6 m/s (0.6 - 10.0 knots). This range of speed covers all swimmers with the top speed a swimmer can reach being approximately 2.1 m/s (based on 50m freestyle world record swim time).

Maximum flume speeds also give kayak and canoe paddlers a good workout. The size of the flume allows drag testing to be performed on equipment such as surf skis, paddle boards and rowing shells. Testing of hull coatings and the effect on drag has also been looked at utilising the flume.

The flume was designed and built by StreamLiNZ 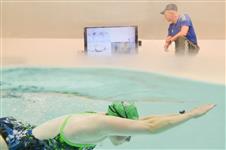 The flume has been fitted with numerous viewing windows which allow cameras to capture flume users from all angles. At present there are four cameras setup to capture direct overhead, front on, and two side angles of the activity. This provides comprehensive video footage for swim stroke analysis, and a variety of other actions depending on the particular activity being filmed. The video is captured directly to computer in MPEG digital video format and can be copied to USB memory stick or burnt to CD/DVD at the end of a session.

As well as the flume the laboratory also contains a temperature controlled Immersion Tank which can used for body composition assessment.

The facility also has a moveable crane that can be used to safely lower subjects and equipment into the flume and immersion tank. 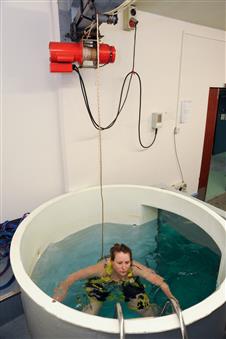 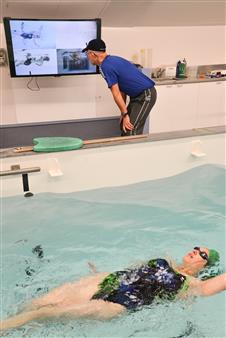 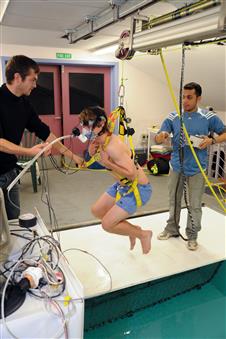