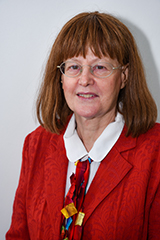 Christine Thomas completed her BPhEd in 1978 and a MPhEd in 1981 at Otago. Her early potential was acknowledged when she received a New Zealand Medical Research Council Scholarship in 1979 and a Commonwealth Scholarship from 1982 to 1986. The latter enabled Christine to graduate with a PhD at the University of Alberta.

The Muscular Dystrophy Association of America awarded Christine a prestigious Post-doctoral Fellowship at the John B Pierce Laboratory, New Haven, Connecticut in 1986 to 1988. Between 1989 and 1990 Christine held a Visiting Scientist position at the University of Umeå, Sweden.

Since 1990, Christine has worked at the University of Miami, Florida. Christine has been engaged with The Miami Project to Cure Paralysis for over twenty years, which is a designated Centre of Excellence at the University of Miami Miller School of Medicine. In 2003 she was promoted to Professor in the Department of Neurological Surgery where she has led research on neuromuscular weakness, fatigue, spasms and nerve regeneration, particularly in individuals paralysed by spinal cord injury. She has received funding for this research from the National Institutes of Health and other organizations.

A prolific researcher, Christine has published over 90 journal articles or book chapters. She has presented her research at numerous international conferences, regularly reviews for leading journals in her field, and is a proven graduate student supervisor and examiner.