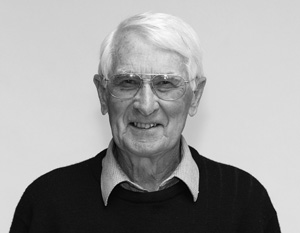 Grenville Alabaster gained his Diploma of Physical Education at Otago in 1956. He had a long and successful career at Southland Boys’ High School becoming Head of Physical Education and establishing a school-wide adventure camping scheme which replaced cadet training. He earned great respect as a fine teacher and mentor before becoming Deputy Principal at Aparima College, closing his teaching career as Principal at Waiau College for 8 years.

In cricket, however, Gren really made his mark. He represented Otago, Canterbury and Northern Districts, captaining New Zealand Universities, Otago to win the Plunket Shield twice, and The Rest to beat New Zealand. He was Bowler of the Year in 1972, scored the fastest century in New Zealand 1st class cricket in 1971, won the Windsor Cup for bowling in 1975, and toured Australia with the New Zealand team in 1973. He selected and coached New Zealand in 1987-88, managing the team in 1995-96.

Gren was named in Otago's Best XI over 135 years and captain of the New Zealand Districts Team of the Century.