A University of Otago initiative, staff member and student have received awards at Australasia’s premier sustainability awards for the tertiary education sector.

He Kāika Toitū, He Kāika Ora: The Sustainability Neighbourhood – a group of student flats with 20 bed spaces – was announced as the winner in the Green Gown Awards’ category of Building Back Better last week.

“Even with high quality applications from universities, technical and further education (TAFE) colleges and Polytechnics across the region, of the ten categories of award, the University of Otago was selected as a finalist in seven.”

This year, the University’s sustainability initiatives were finalists in seven award categories and the University was one of only two New Zealand tertiary institutions to make the Green Gown Awards’ finals.

The University of Otago’s Head of Sustainability Ray O’Brien says he is proud of the successes which is recognition of the significant efforts the University is undertaking in its drive to be sustainable.

“The Green Grown Awards provide the sector with benchmarks for excellence across a diverse range of categories that recognise the impact of individuals, organisations and great ideas.

“Even with high quality applications from universities, technical and further education (TAFE) colleges and Polytechnics across the region, of the ten categories of award, the University of Otago was selected as a finalist in seven.”

He says this demonstrates the range of activity that many teams across the University are undertaking.

“It goes well beyond any one initiative or one team – It’s part of what we do here.” 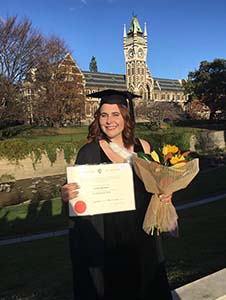 “For many people, Charlotte is the familiar face doing good across the Dunedin University campus.

“She is regularly bringing Dunedin’s sustainability community together to foster unity and coordination.”

Even while doing her Masters, she still makes time to build and maintain relationships that spark valuable collaborations which would not have happened in Dunedin otherwise, he says.

“Charlotte’s bubbly energy and giving nature are infectious as she takes on any challenge to support students, community groups and Dunedin to do better in the sustainability space.” 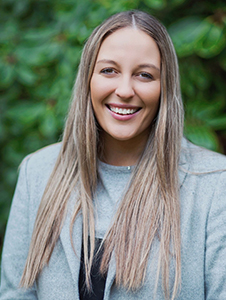 Mr O’Brien says Ms Triscott, who began working in the Sustainability Office in 2019, is equally deserving of her highly commended award.

“Jesikah has had a huge impact, not only within the office and the services and initiatives that it offers, but across the whole organisation and wider community,” he says.

“While her initial role was to run student engagement events including talks and fair-trade stands, she has grown the role through taking on extra responsibilities, stepping up to challenges, and leading innovations.”

Mr O’Brien says Ms Triscott’s impact includes – supporting the delivery of the 2019 Australasian Campuses Towards Sustainability (ACTS) conference; developing and implementing the Green Your Scene engagement programme; establishing a group of part-time employed student leads (Tētēkura); integrating a treaty-based bicultural approach to sustainability; creating collaborations with groups in the wider community; and developing a brand and engagement strategy for students.

“In two years, Jesikah has created a highly successful engagement programme that has put sustainability into action across the institution,” Mr O’Brien says. This award further recognises her as one of the University’s emerging leaders. 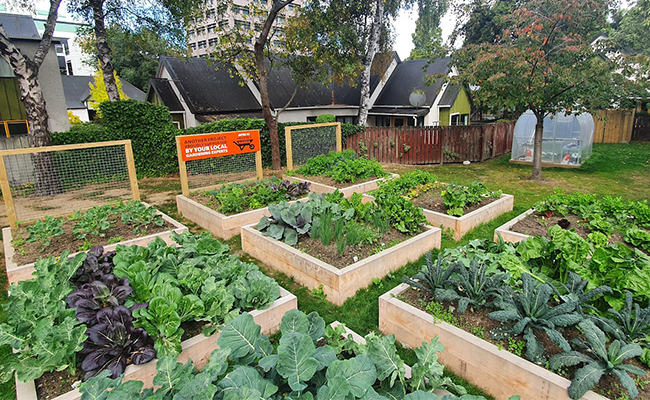 The Sustainability Neighbourhood is a collaboration aimed at nurturing a culture of sustainability.

The Sustainability Neighbourhood, which is a collaboration between UniFlats and the Sustainability Office, supports students to live sustainably and contribute to research projects that inform the wider student community and landlords.

It came about as the reduction of international students using University flat accommodation created an opportunity to build a new model of student accommodation.

Mr O’Brien says many students were clear that they wanted the opportunity to live more sustainably but were blocked due to a lack of support from landlords and their peers.

“The University has a strategic goal to nurture a culture of sustainability.

“UniFlats and the Sustainability Office collaborated to develop a group of flats with 20 bed spaces, which was then established as a ‘Living Lab’.”

The initiative is expected to influence both student and landlord behaviour making sustainable living more available to students and reducing the environmental footprint of the University community.

“This is expected to have a positive environmental and educational impact, but also a model of a more resilient and supportive neighbourhood in light of the challenges faced during a pandemic,” he says.